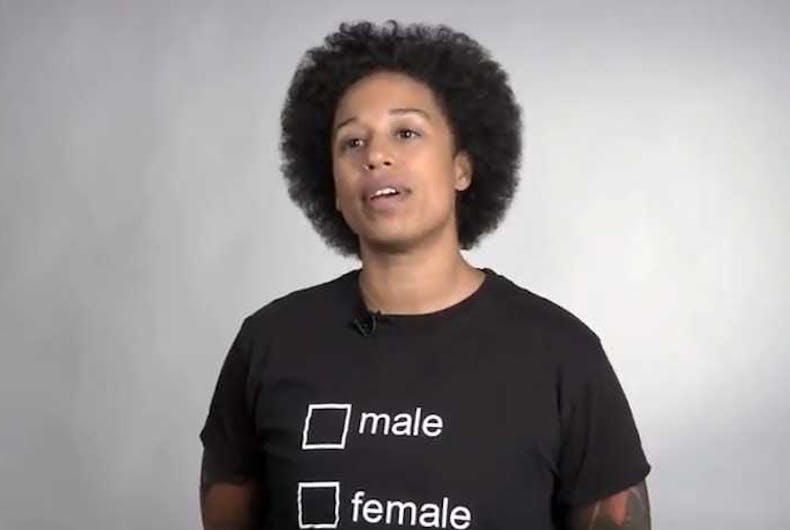 The primary, if (mostly) unspoken, purpose of voter ID laws is to keep down turnout among African-American voters who prefer Democrats. But one of the side effects of the laws is that they make it harder for trans voters too. An estimated 34,000 trans voters may find it impossible to cast a ballot this election because they can’t clear the hurdles that Republican legislatures have put in place.

According to a report from the Williams Institute at the UCLA School of Law, eight states have laws that make voting incredibly (and perhaps intentionally) difficult for trans people. At issue is the need to produce documentation, such as a birth certificate, that not only proves that they are U.S. citizens but that also reflects their gender. Of course, North Carolina, hotbed of anti-trans activity, is one of the eight offending states.

“Transgender people have unique, and sometimes insurmountable, burdens to obtaining accurate IDs for voting in states that require it,”says Williams Institute Scholar Jody Herman, the author of the study.

Changing documents so that they accurately reflect the voter’s gender is a burdensome and often costly process that requires jumping through a series of bureaucratic hoops. Needless to say, that burden falls disproportionately on transgender people of color, youth, students and people with disabilities. The National Center for Transgender Equality has a checklist for voters to help them navigate both pre- and post-Election Day challenges.

Did Republican legislators intentionally decide to craft laws that target trans voters? Probably not. But that if they did, they’d consider it a feature of the law, not a bug.

Orlando to buy Pulse nightclub, turn it into permanent memorial