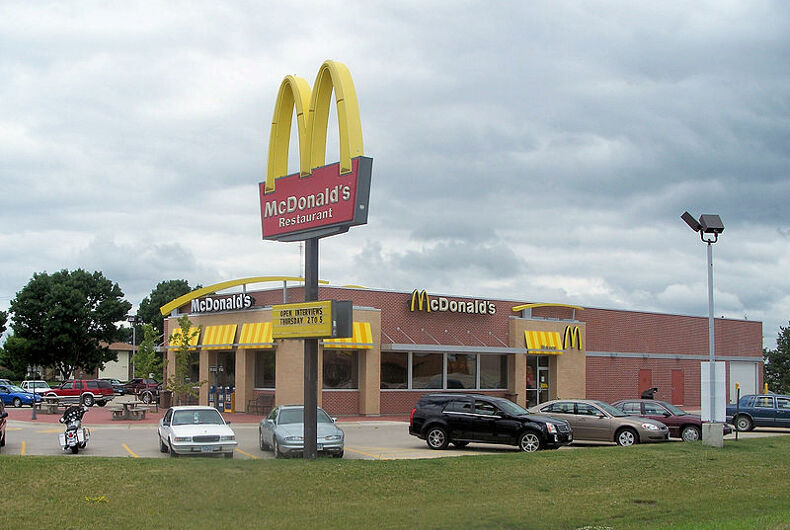 Owners of an Arkansas McDonald’s franchise paid $103,000 to settle a complaint brought by an employee fired for being HIV-positive.

The Equal Employment Opportunity Commission (EEOC) report that after initially attempting to reach a voluntary pre-litigation settlement through its conciliation process, they filed the lawsuit in July on behalf of the unnamed employee.

According to the complaint, the unnamed employee of a Bentonville, Arkansas was fired in February 2015 when he revealed to a coworker he was interested in dating that he was HIV-positive. The alleged conduct is in violation of the Americans with Disabilities Act (ADA).

“People with HIV face enough obstacles in their lives,” said Katharine Kores, an EEOC district director, said in a statement at the time of the lawsuit’s announcement. “The ability to work in an environment free of discrimination should not be one of them.”

The order of payment came down on Nov. 10, and the company will also be conducting disability training for its managers and revise their policy requiring mandatory disclosure of prescription medications.

“EEOC remains committed to protecting employees from disability discrimination on the job,” said Faye A. Williams, regional attorney of the agency’s Memphis District Office, which has jurisdiction over Arkansas, Tennessee and portions of Mississippi. “EEOC commends the companies for working with us to quickly resolve this matter prior to trial.”