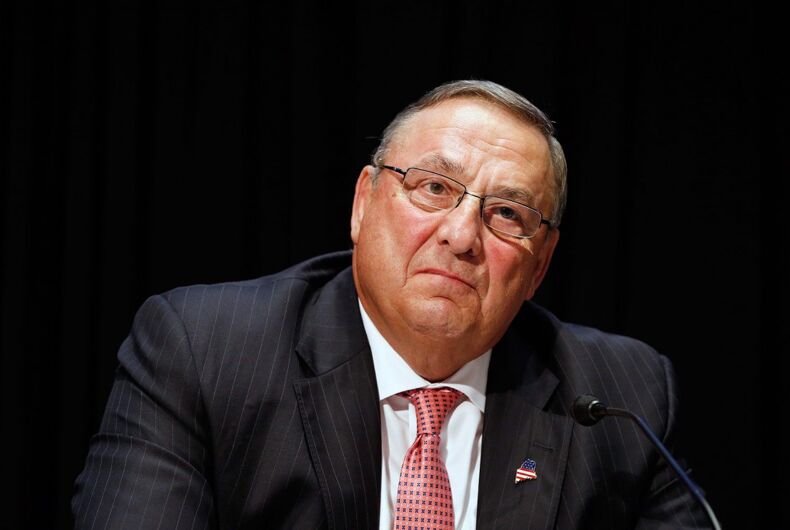 The “religious objections” law was struck down in July.

Eight states are backing Mississippi’s appeal. The Portland Press Herald reports that LePage is listed, as an individual, in the “friend of the court” brief filed by those states.

In May, LePage, again as an individual, joined officials from 10 other states in suing over a federal directive that public schools should let transgender students use bathrooms or locker rooms that match their gender identity.

“The Scottsboro Boys” plays with minstrelsy to deliver dignity and justice