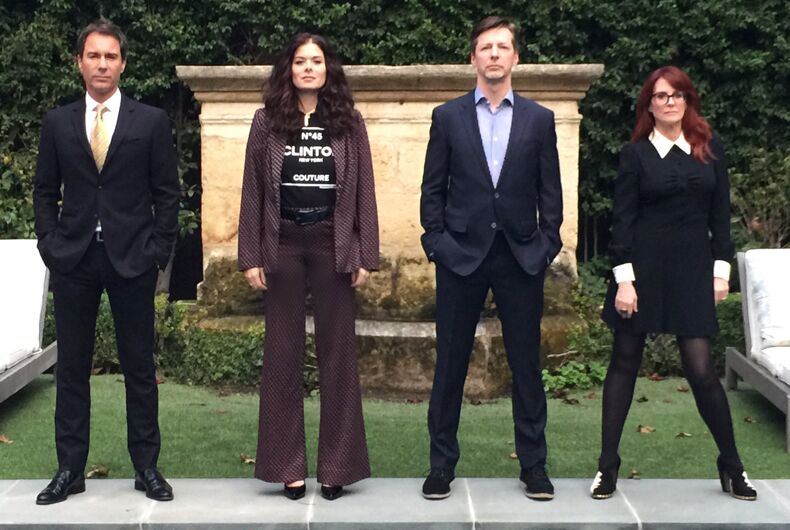 The cast from Will and Grace are back with another pro-Hillary Clinton video that you won’t want to miss. The foursome last got together to do a ten minute “mini-episode” of the iconic queer show and news broke last week that the cast is in talks with NBC about reviving the show for 2017.

This time around Eric McCormack, Debra Messing, Sean Hayes and Megan Mullally headlined a Hillary Clinton fundraiser at the home of HBO executive Michael Lombardo and his husband, architect Sonny Ward and instead of filming an “episode,” they gave a live musical performance.

Singing a parody of West Side Story‘s “Officer Krupke” written by viral video star Randy Rainbow, the foursome hit all the right notes as the audience – and their social media followers – loved every minute of it.

As a bit of queer trivia, when Vice President Joe Biden went off script and said the time was coming when opposition to marriage equality would be a detriment to any political campaign, it was at a fundraiser at Lombardo and Ward’s home. Two weeks later, on Meet The Press, host David Gregory asked Biden about the statement and Biden announced his full support for marriage equality.

Watch the performance below. We’ve also included a couple of Randy Rainbow’s hit videos – his “interview” with Melania Trump and off-color song “Grab ’em by the p***y.”

My sista @MeganOMullally and I right before we sang a campaign parody to "Officer Krupke" written by the divine @Randyrainbow 🎶🎶🎶 pic.twitter.com/4SC6vtu80C