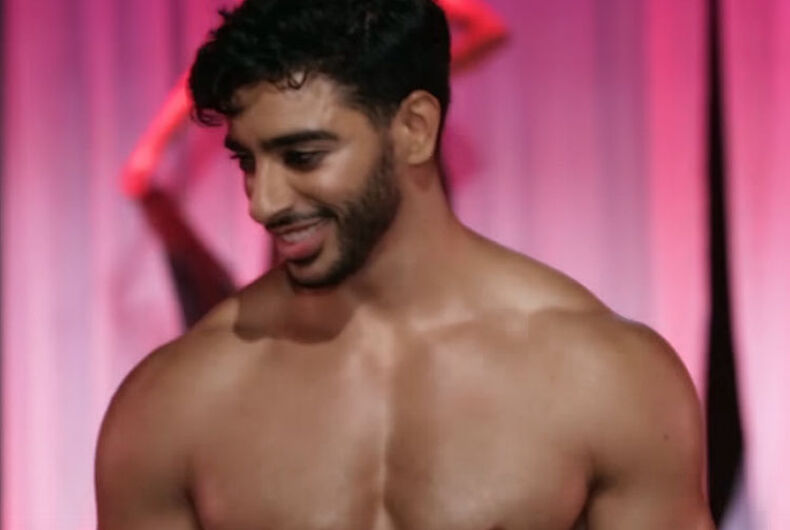 Fierce, fabulous fashion was on display at the Marco Marco Fashion Show at L.A. Style 2016 in Los Angeles, featuring transgender  and drag models who pranced on the runway. But the one who stole the show, say a variety of observers, was magazine cover model Laith Ashley.

Ashley is represented by trans modeling agency, Slay Model Management, and is featured on a show on Oxygen called Strut. Our friends at Queerty and Attitude magazine sang the praises of the six-pack cover model.

Watch a video from YouTube of the runway show. Fast forward to 27 minutes and ten seconds to see Laith strut his stuff.