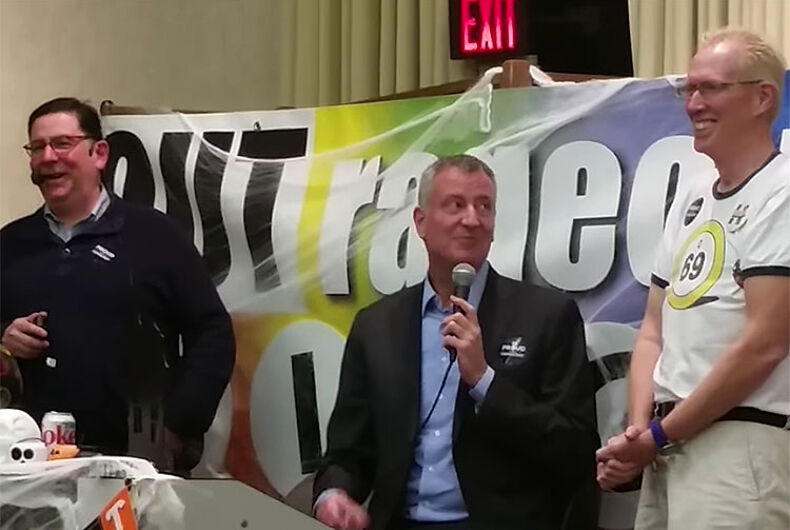 Award-winning blogger Sue Kerr was there, as she put it, to “deadblog” the Halloween-themed event.

“The crowd went wild,” Kerr wrote, “when Mayor de Blasio took a seat to call a game… I was charmed to hear the crowd yelling at him because he called too many ‘O’ numbers in a row and resisting his attempts to launch into a round of ‘Happy Birthday’ in the middle of the game. You come to bingo, you call bingo.”

Kraus was there as a special guest to get out the vote, Peduto is running for re-election, and de Blasio was on hand to rally support for U.S. Senate candidate Katie McGinty and, of course, Democratic presidential nominee Hillary Clinton.

Watch a video from Kerr below.