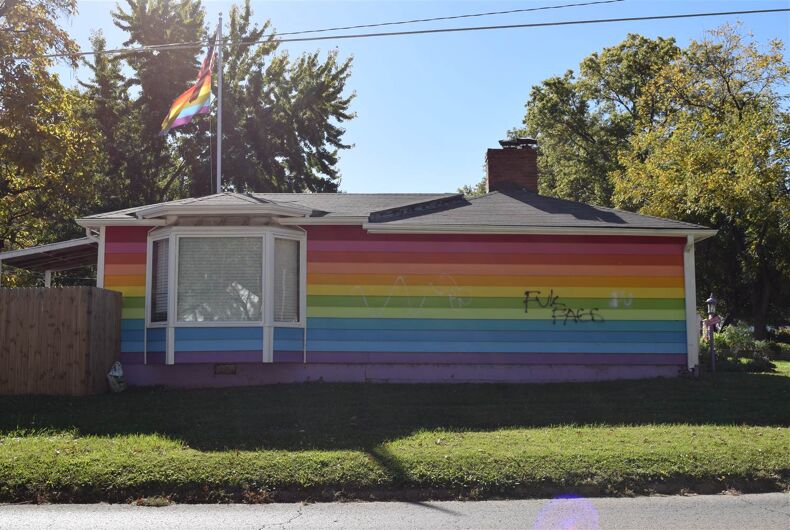 Equality House founder and Planting Peace president Aaron Jackson told NBC OUT that he was inside the house when vandals tagged it with homophobic slurs on Sunday. Later in the week, he found seven bullet holes in the side of the building.

“The Equality House has been a target for acts of hate and intolerance that reflect the same experiences our LGBT family face every day,” Jackson told NBC OUT. “Planting Peace frequently receives hate mail and even death threats, but over the past three months we have seen an increase in physical acts of vandalism and violence. While it may seem shocking to some, it’s a heartbreaking reality.”

He said that while some degree of vandalism and hate is par for the course, the frequency and intensity seem to be increasing. In another recent incident, Jackson said a self-identified KKK member warned of “open season” on LGBTQ people.

“Ultimately, this is the result of vicious propaganda that is put out every day. When you demonize a population day after day, it ultimately translates in hate violence,” he explained. “When you have hate groups and organizations claiming that gay men are perverts and pedophiles, it’s no surprise when they get attacked with baseball bats,” he said.