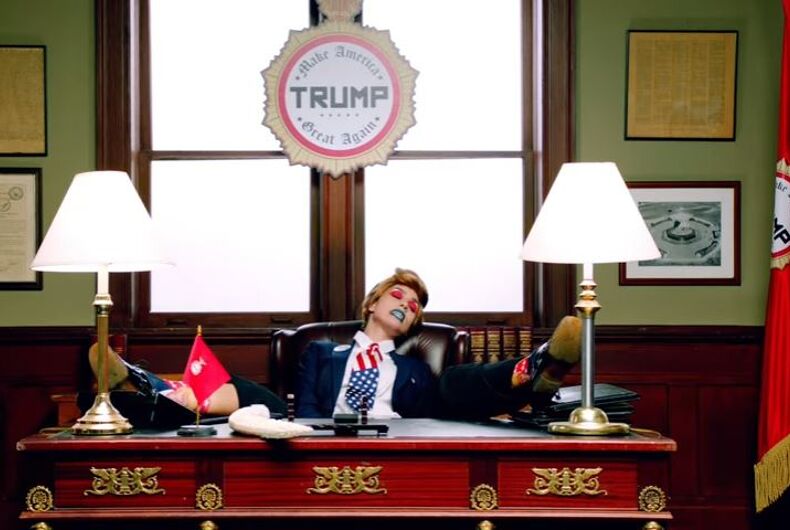 It is hard to imagine a more perfect time for the return of Pussy Riot, the Russian feminist band and activist group that took on Vladimir Putin and found themselves jailed for their efforts.

With Trump and Putin’s frightening mutual appreciation society, Russia accused of trying to meddle in our presidential election through hacking, and the “Access Hollywood” tape and subsequent sexual assault allegations, Pussy Riot is the hero we knew we needed.

In “Make America Great Again” Pussy Riot founding member Nadya Tolokonnikova, who plays multiple parts in the video, is taken into custody, abused and branded with words such as “outsider,” “fat pig,” and “pervert.”

It is a dystopian imagining of what a Trump presidency might look like, with no tolerance for such nuisances as strong women, gays and dissent.

Let other people in

Listen to your women

The song “Straight Outta Vagina” is an anthem of feminine strength, as well as an exploration of objectification, with the chorus:

Vagina’s where you’re really from

“Organs” sees Tolokonnikova bathing in blood and taking on Putin’s regime and what she faced as a political prisoner. It is the only song of the three which is sung in Russian, so you’ll want to turn on subtitles to get the full effect.