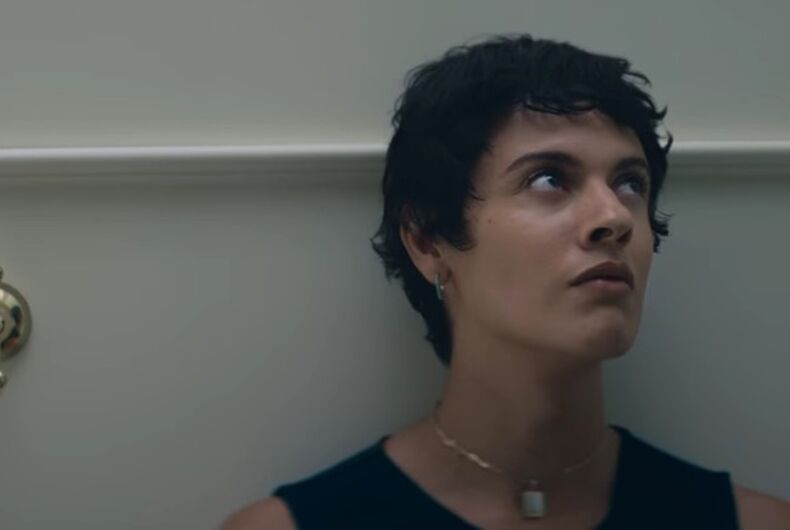 Leave it to a deodorant company to get what so many elected officials in this country can’t quite wrap their heads around — that there is no “one way” to express gender.

And while right wing politicians and talking heads spend no shortage of time obsessing over how they, and most importantly their pure and innocent daughters, will feel should they ever cross paths with — gasp! — a transwoman washing her hands at the bathroom sink, they give little to no thought to what it can be like from the trans person’s perspective.

Many businesses are adopting gender neutral bathrooms — and why not? It’s not like there are separate men’s/women’s bathrooms when you go over to Grandma’s house for Thanksgiving, and somehow the turkey gets carved just the same.

But until that becomes the norm (and perhaps it never will), there will be moments like the shockingly intimate one portrayed in the below ad, for Secret Deodorant of all things.

In the ad, the ever-lovely Karis Wilde (check out her Instagram if you’re in the mood for a good gag or twenty) plays Dana, a trans or genderqueer person debating her exit from a busy bathroom. Though she says nothing, we know exactly what’s going through her head — anxiety, some fear, perhaps shame.

Finally she takes a deep breath and with head held high, braves a world that is all too often cruel and callused. Text is superimposed that reads: “Stress test #8260 — Dana finds the courage to show there’s no wrong way to be a woman.”

“I always have moments of insecurity but I have conditioned myself to act unbothered,” Karis shared with Queerty when asked if the scene bears any resemblance to her daily life. “While shooting, I allowed myself to feel vulnerable. It terrified me how much I’ve stored all those emotions; I almost cried in the middle of taping.”