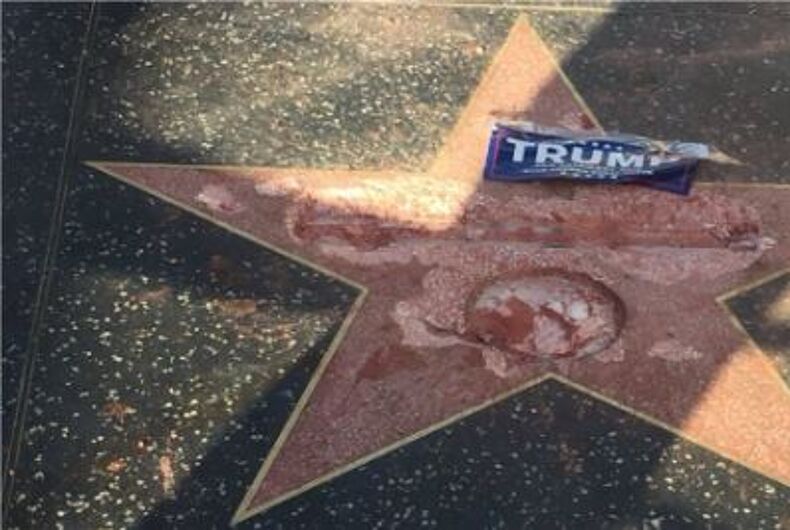 A man dressed as a construction worker and wielding a sledgehammer and pickax made short work of Donald Trump‘s Hollywood Walk of Fame star on Wednesday morning, leaving it an unrecognizable mess.

It now lays in ruins, much like Trump’s campaign. Sparks flew as it was beaten as badly as the man himself in the three presidential debates.

The Los Angeles Police Department have no suspects and are asking for anyone with information to come forward.

Deadline reports that the man identified himself as Jamie Otis and said he was planning on auctioning off the hardware he pried from the star to raise funds for the women who have accused Trump of sexually assaulting them.

This is not the first time Trump’s star has been targeted. It has previously been spray-painted with a swastika, as well as a mute button, and has been urinated and defecated on. A street artist also built a wall around it, mocking Trump’s claim that he will build a wall along the southern border and make Mexico pay for it.

Trump was awarded the star for his reality show “The Apprentice,” for which, Hillary Clinton reminded us at the final debate, he was never given an Emmy.

Secret deodorant’s amazing new trans-themed ad: ‘No wrong way to be a woman’