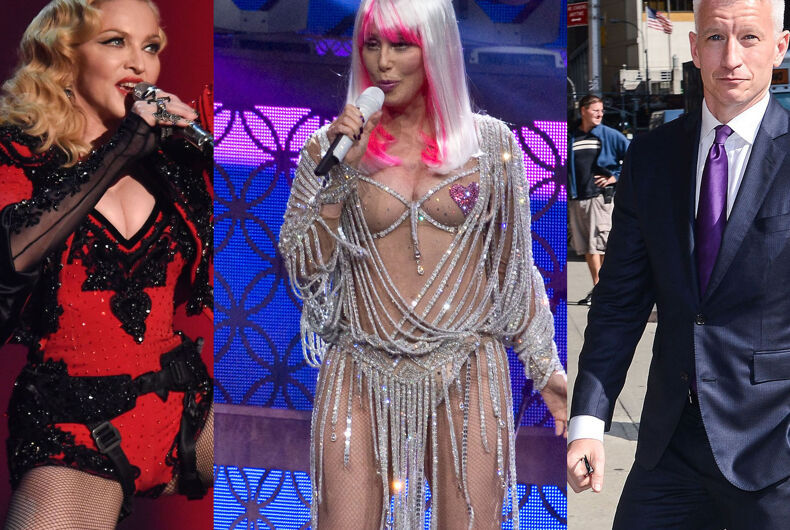 Here’s a way to enrich your wardrobe with some very famous threads and at the same time invest in what is certain to become a national treasure: the Stonewall Inn LGBTQ monument in New York City.

Stars from Cher to Madonna, from Taylor Swift to Stevie Nicks and from Troye Sivan to Anderson Cooper are donating clothes from their closets to raise money that will fund the monument to commemorate the riots that sparked the modern LGBTQ rights movement.

As NewNowNext reported, a kickoff celebration is being held tonight at the famous landmark. Up for grabs is Cher’s couture hat from London, Stevie Nicks’ autographed tambourine, and a pair of Madonna’s Prada shoes, signed by Madge herself.

This monument at the Stonewall Inn will be the first to recognize the significance of LGBTQ Americans.

Racism is a problem in the gay community, and this election proves it