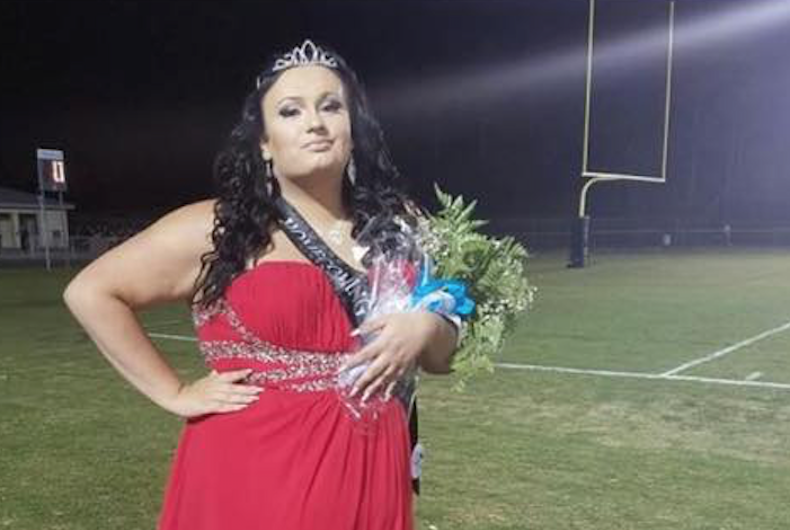 Selena Milian is believed to be the first transgender homecoming queen in North Carolina.Photo: Via Facebook

“This is a military-based town so it’s not always the most welcoming for trans people,” Milian told Trans Cafe, “but that hasn’t stopped me from being myself.”

Spring Lake, a town of less than 15,000 people in the northwestern part of the state, is home to Pope Field and Fort Bragg. And on the state level, transgender rights and identities have been in the spotlight as Gov. Pat McCrory fights to defend his notorious anti-transgender law, HB2.

Since coming out as transgender in the 9th grade, Milian has had to educate her school community.

“When I first came out as a freshman, I was not allowed to wear dresses,” she said. “I’ve had to stand up for myself everyday and correct people in every part of my school.”

Despite the challenges, the self-described “social butterfly” said that transitioning gave her more confidence to get involved in activities like acting and modeling.

Other states have recently started to see transgender students voted onto homecoming and prom courts, including Missouri, California, Texas, New Hampshire, and Massachusetts,

Watch: This Christian grandma sings a touching ode to the rainbow flag