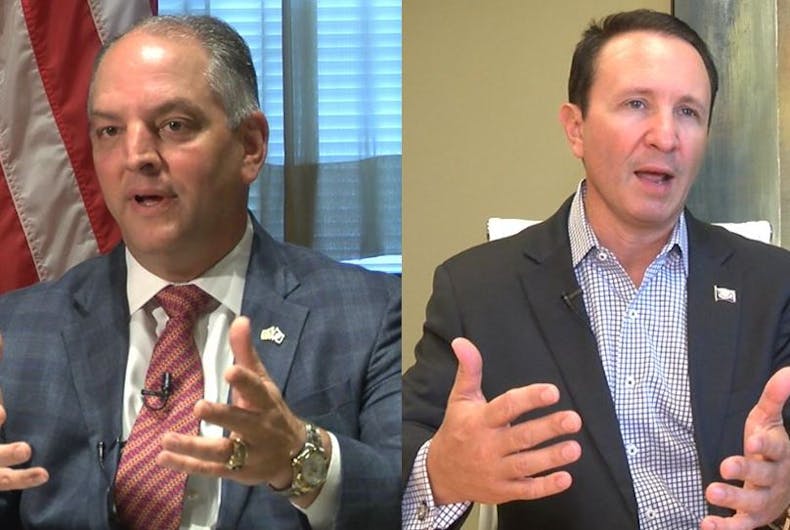 Landry said he filed the petition “so the court may decide if the governor can circumvent the Legislature to create his own law.”

“The governor continues to violate his duty to faithfully execute the laws by legislating through executive fiat,” the attorney general said in a statement.

Edwards responded by accusing Landry of putting “his own political interests ahead of the needs of our state.”

“He maintains only businesses that reserve the right to discriminate are eligible for a state contract, and that’s just wrong,” the governor said in a statement. “New opportunities arise for our state every day because we will not discriminate, including having the 2017 NBA All-Star Game relocate to New Orleans.”

The NBA moved the game from North Carolina because that state has a law that restricts the rights of LGBT people.

Louisiana’s governor and attorney general have clashed repeatedly over the anti-discrimination order Edwards issued in April, which prohibits discrimination in government and state contracts based on sexual orientation and gender identity. The order includes an exception for contractors that are religious organizations.

Landry’s office issued an opinion in May saying the order has “no binding legal effect” because it seeks to establish a new protected class of people that doesn’t exist in law and that lawmakers have refused to add. The attorney general has blocked dozens of contracts to let state agencies hire outside lawyers that contain the anti-discrimination clause.

Edwards has said he won’t rescind the order, and he sued Landry over the attorney general’s refusal to approve the legal contracts containing the LGBT-rights language.

A judge ruled against Edwards this week, suggesting the attorney general has discretion in how his office reviews the legal contracts. But the judge wasn’t asked about and didn’t rule on whether the governor’s executive order is legal — so Landry’s seeking a decision on that, making the same arguments his office asserted in its previous opinion on the executive order.

The order “unreasonably and unnecessarily exposes the state of Louisiana to liability” in employment relationships and contracting “by purporting to create a new protected class and requiring mandatory language in the award and execution of contracts,” Landry’s petition says.

The attorney general is asking for a preliminary injunction, prohibiting the Edwards administration from enforcing the order, and ultimately for the order to be declared unconstitutional and voided.

Edwards’ anti-discrimination order is similar to orders enacted by two former Louisiana Democratic governors — but he added language protecting against discrimination based on gender identity, a provision that protects transgender people.