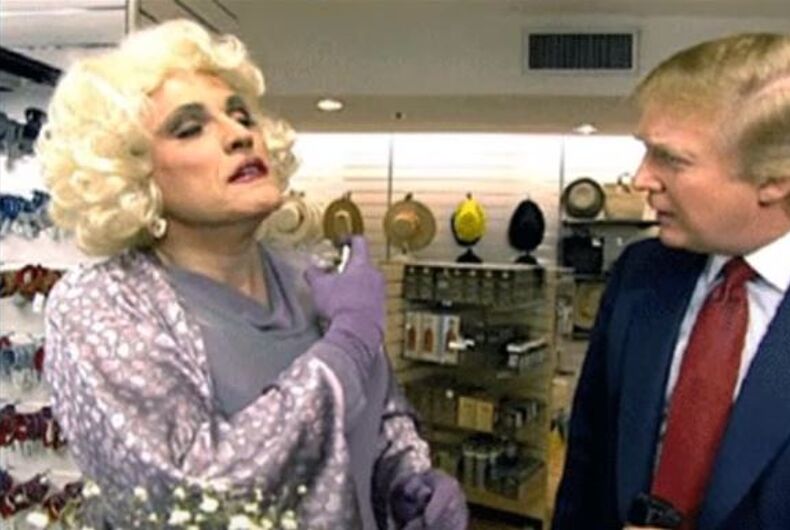 We now all know that Donald Trump cannot keep his hands to himself, but that is something a female impersonating Rudy Giuliani learned the hard way back in 2000.

Guiliani has stayed by Trump’s side through the Trump Tape scandal, not to mention all the other low points to which he has sunk in this campaign. The two have a history together, including a moment Stephen Colbert not too long ago gleefully brought to everyone’s attention. It is a moment you will not be able to unsee, fair warning.

We are speaking, of course, about the time Trump motorboated a dragged out Giuliani.

The clip was created for the Inner Circle Show, an annual comedy event involving media personalities lampooning politicians, in particular the New York City Mayor, which Giuliani was at the time. He took the opportunity to dress in drag, because as it turns out that is something the former mayor enjoyed doing semi-regularly, including on Saturday Night Live back in 1997.

“You know, you’re really beautiful,” Trump tells Giuliani. “A woman who looks like that has to have her own special scent.”

So Giuliani tries some on, and Trump takes a whiff, eventually planting his face firmly in Giuliani’s “breasts.”

Giuliani slaps him and delivers a line that is now even more laughable than it was back then: “Donald, I thought you were a gentleman!”