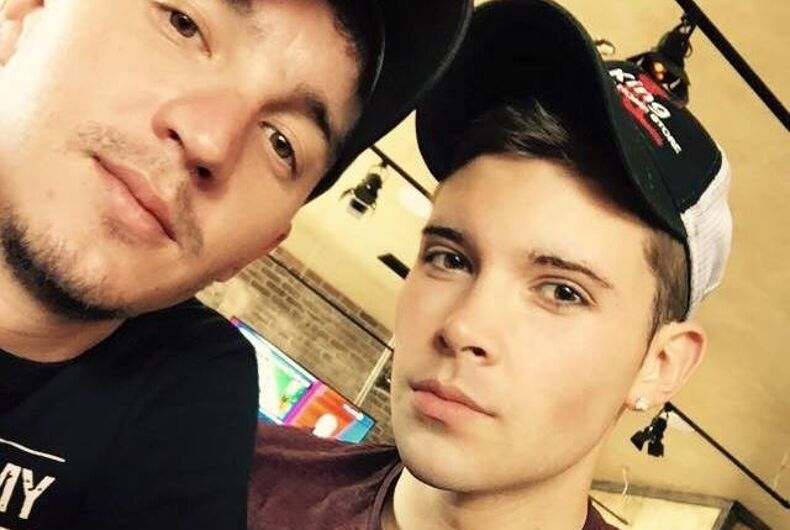 A gay couple whose interview at a Donald Trump rally went viral now say they are facing death threats for their support of the Republican candidate.

Violent threats can be found in the comment section of a Facebook post where Wall Street Journal reporter Jason Bellini shared his video of the interview with Dewey Lainhart and Cody Moore.

“Two bricks directly into their faces,” one commenter wrote. “Scumbags.”

In a video update, Bellini reports that the couple says they don’t regret doing the interview, even if the threats — including people reportedly telling them to drink bleach — have put a damper on their recent engagement.

The couple told Bellini they received death threats warning them not to leave their house, or attend gay events.

“It doesn’t concern me,” Lainhart said. “I look over my back and I do carry [a gun]…because I love the Second Amendment.”

Aside from concerns about why a gay couple would support a candidate who opposes LGBT equality, many commenters seem bothered by the fact that they were chewing gum on the video.

Watch the video update below.