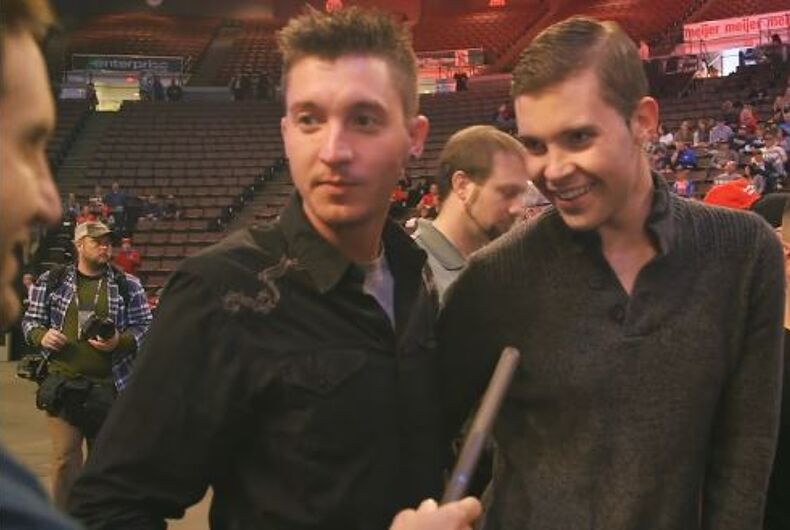 According to polling, around 20 percent of LGBTQ voters are supporting Donald Trump for president. That is slightly below the average support the Republican candidate receives according to exit polling.

If you were wondering who these people are and what they are thinking – as many are considering Trump supports discriminatory laws like FADA, and is running on a platform and with a vice presidential candidate that are both anti-LGBTQ – allow this gay couple at a Trump rally to explain themselves.

The couple say they are tired of the “bullshit government” and are ready for a change. One of them adds that he believes Trump would “bring more jobs to the country.”

They say they feel comfortable being an affectionate gay couple at a Trump rally, adding that no one has said anything about it or tried to stop them.

They also claim many people are supporting Trump, including a lot of their friends.

Watch them express their support in the video below.

Watch: Man in “Gays For Trump” shirt assaults protester at rally in N.C.