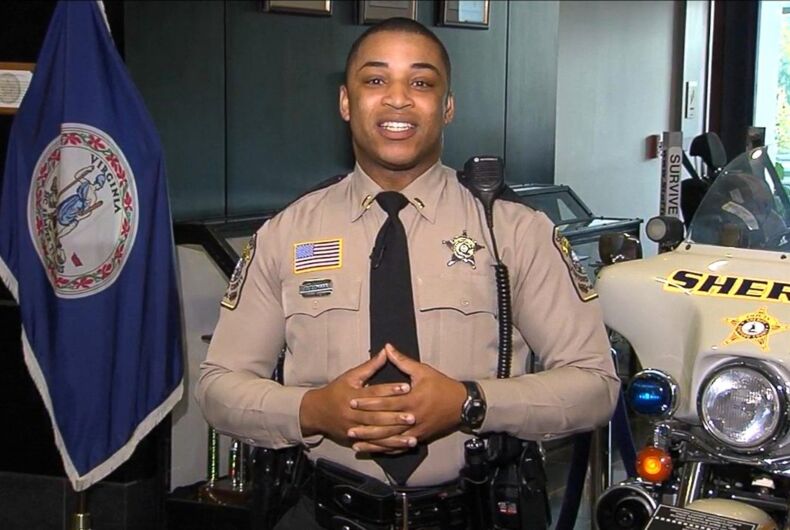 Diggs took the country by storm this weekend after video of him dancing to Beyonce’s hit song “Formation” hit social media. Recorded at a high school homecoming prep rally, you can watch as Diggs hits the floor and nails the routine.

Of course, what viral video star doesn’t end up all over the major news networks these days? Right on cue, Diggs appeared on Good Morning America today and gave the hosts a quick sample of his moves.

Watch below as Diggs gets the kids in the mood to win – and steals the internet’s heart in the process.

Just wanted to add to the buzz about North Stafford High School Dance Team and Officer Diggs….here they are at the pep rally of the century….I love the end when the kids go crazy….so cool that we could be part of such a great story!#theheartbehindthebadge#theellenshow

My sister teaches at a high school in Virginia and she just sent me this video of their county lieutenant dancing to formation @ a pep rally pic.twitter.com/2jaXnFgYrC