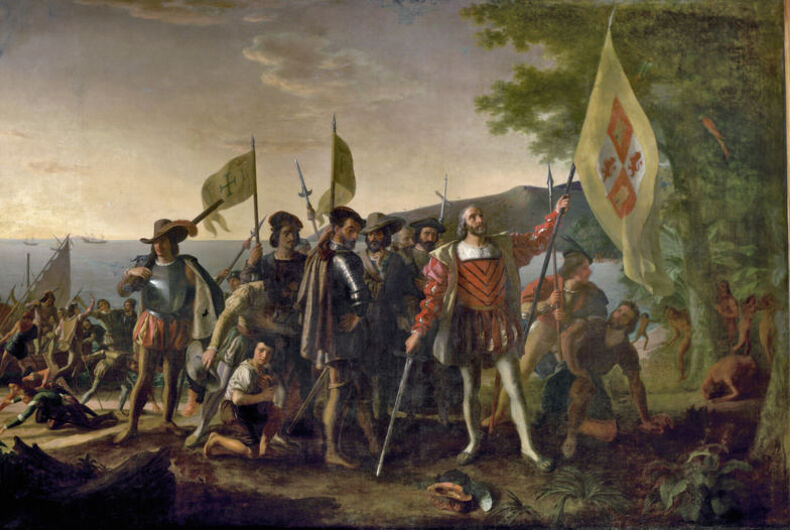 I have never forgotten one essential point my educational psychology professor related to my class back at San José State University when I was working toward my Secondary Education Teacher’s Certification. His point crystallized for me the intent of true and meaningful learning.

My professor explained that the term “education” is derived from two Latin roots: “e,” meaning “out of,” and “ducere,” meaning “to lead” or “to draw.”

“Education,” he said, “is the process of drawing knowledge out of the student or leading the student toward knowledge, rather than putting or depositing information into what some educator’s perceive as the student’s waiting and docile mind”—what the Brazilian philosopher and educator Paulo Reglus Neves Freire termed “the banking system of education.”

Education, as I have gained from Freire, is a path toward permanent liberation in which people became aware (conscientized) of their position, and through praxis (reflection and action), transform the world. Educators, to be truly effective, must spend many years in self-reflection and must have a clear understanding of their motivations, strengths, limitations, “triggers,” and fears.

They must thoroughly come to terms with their positions in the world in terms of their social identities: both the ways in which they are privileged as well as how they have been the targets of systemic inequities. They are not afraid of showing vulnerability and admitting when they are wrong or when they “don’t know.” They have a firm grasp of the content area, and they work well with and are accessible to students and their peers.

Joel Spring’s book, Deculturalization and the Struggle for Equality, explores history from multiple perspectives, and explodes some of the myths and misinformation students may have learned throughout their educational experiences. Along with this book, I assign a “Critical Analysis” paper that requires students not to merely summarize, but rather, to critically reflect and analyze the information.

I designate numerous pages in our course syllabus detailing precisely what I am looking for in terms of “critical analysis” (see in particular pages 4-5).

Stemming from our reading of Spring’s book, I give students a two-part assignment to be completed by the following class session in two days: the first part asks students a question for critical contemplation, the second part includes a research exercise.

The question I pose: “Did Christopher Columbus discover what has come to be called ‘The United States of America’? Why or why not?”

I tell students that after they reflect on this question, they are to investigate articles communicating Native American Indian perspectives of Christopher Columbus and Columbus Day.

Entering the classroom one year on the next class session, students filled the room with frenetic energy. I asked them to divide into their smaller reading discussion groups (of 5-7), and asked each group to choose a recorder who was to report themes discussed. I wrote on the board discussion directions:

1. Discuss with group members how you had initially answered the question: “Did Christopher Columbus discover what has come to be called ‘The United States of America’? Why or why not?”

2. Discuss what you learned from Native American Indian perspectives of Christopher Columbus and Columbus Day. What did you already know? What surprised you? What insights did you gain? What, if any, emotions came up for you? What questions do you still have?

Following twenty-minutes of lively student discussion in small groups, I facilitate a large classroom discussion. Many students expressed anger over the ways that teachers and textbooks portrayed Christopher Columbus during their early schooling. These students felt they somehow “had been lied to” in the “white washing” of the history commonly taught in schools.

One student, a geology major, responded by answering a question with questions:

“How could Columbus have discovered what would later be called ‘America’ when Indians have lived on this land for an approximately 12,000 years after coming over the Bering Isthmus during a glacial age when the sea level dropped? How can one ‘discover’ people who have been here so long? Actually, Indians discovered Columbus on their land!”

A number of students nodded their heads in silent agreement. Other students articulated the love they have for their Christian faiths, but expressed shock and some disbelief over the murder and forced Christian conversions perpetrated by European explorers, missionaries, and settlers.

At this point, I asked students to interrogate (analyze) the concept of “European settlers.”

“If this was Indian land (‘First Nation Peoples’), how accurate, then, is the term “European settlers”?

Some students showed confusion on their faces by this question. For others, their eyes opened widely and they sported a wide grin. “Yeah,” said one student. “Say I own a house, and someone knocks on the door, walks in, pushes me outside, and claims: ‘I like your house, and I am now settling here. You be on your way. Good bye!’ And he slams the door in my face.” Others pondered this student’s comments.

I then asked students to contemplate the terms “New World,” as distinguished from “Old World.” From whose perspectives come these terms?

The multicultural/social justice classroom poses exceptional challenges, or more importantly, opportunities to find creative solutions to address not only potential but actual student resistance to course materials and concepts since we touch upon some very personal and potentially triggering issues related to identity, social inequities, and critical histories that for many reasons are not often investigated in other coursework.

Throughout my courses, I continually reconnect the elements and processes of multicultural education and reiterate that the course connects theory with practice by asking students to critically engage with the material, each other, and with their professor as we all come to a deeper understanding of the importance of multicultural/social justice education.

The day we critically analyzed Christopher Columbus and the concept of Columbus Day, I referred back to preeminent multicultural educator, Sonia Nieto who likens multiculturalism to a great tapestry:

“A tapestry is a handwoven textile. When examined from the back, it may simply appear to be a motley group of threads. But when reversed, the threads work together to depict a picture of structure and beauty. A tapestry also symbolizes, through its knots, broken threads and seeming jumble of colors and patterns on the back, the tensions, conflicts, and dilemmas that a society needs to work out.”

The spirit of both collaboration and struggle is evident in the schools. The multicultural process is not always comfortable, not always neat, but the multicultural classroom provides a space for everyone to be heard, to reflect, to engage in critical dialogue, and to enter into a space of understanding, though not always agreement of views and cultures different from one’s own.

For me, critical multiculturalism/social justice education is far more than my academic interest and focus. On a number of occasions, I have been asked the following question: “Are you a professor/educator, or are you a community organizer/activist, a writer, a theorist, or a researcher?” I always answer “Yes, all of the above,” for I view critical multiculturalism/social justice as providing a seamless connection to all of these elements in my life. And I attempt to practice what I teach.