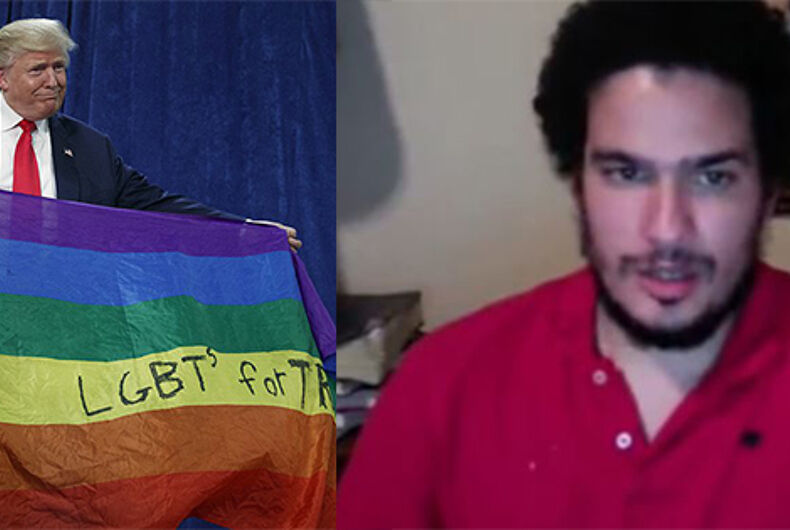 It didn’t take long for Donald Trump to get backlash for holding up an LGBT pride flag, albeit an upside down one, at a rally in Colorado yesterday.

Christian activist Theodore Shoebat posted a video last night saying both he and gay Trump supporter and donor Peter Thiel should be put to death. He says Thiel has corrupted Trump, saying he is now “bowing down to the sodomite agenda. He’s already bowed down, this is it.”

“In an ideal society, anyone who supports homosexuality would be put to death,” Shoebat said. “Bastards like Peter Thiel over here would be hung or burned at the stake, and rightfully so. And guys like Donald Trump — I’m sorry, holding up that faggot flag, it’s unforgivable to me, it’s unforgivable — and in an ideal society, people like Mr. Trump would also be put to death as well, and rightfully so. This story just proves that fags rule America.”

Watch the video below. Or, you know, don’t.