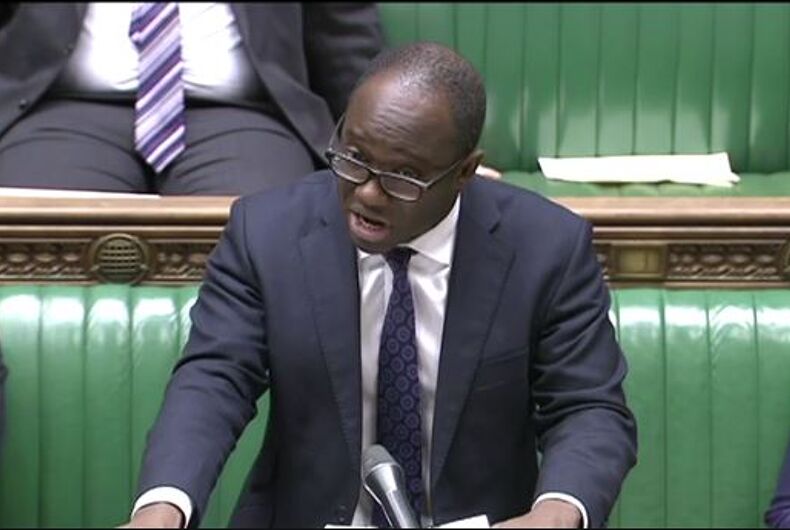 A Conservative Party lawmaker on Friday filibustered a bill that would have pardoned British men convicted under antigay laws before they were overturned, thus killing it in Parliament.

Justice Minister Sam Gyimah said in a statement on Thursday that the government will pass an amendment to the Policing and Crime Bill posthumously pardoning around 40,000 gay and bisexual men convicted for same-sex relationships.

But Gyimah filibustered the measure to pardon those still living, about 15,000 men, who have such convictions, put forward by SNP MP John Nicolson.

The government said it would not support Nicolson’s Sexual Offences (Pardons) Bill over fears it could lead to some people being cleared of offenses that are still considered crimes. Those who are still alive will have to go through a “disregard process” through the interior ministry if they wish to clear their name and have their record expunged.

Gyimah spoke for 25 minutes, until the time allotted for the debate ran out. His colleagues shouted, “shameful” and “shame.”

A “Turing Law,” named after code breaker Alan Turing, who helped win World War II for the Allies, to clear the names of men convicted, as he was, under antigay laws, was first put forward by Liberal Democrat upper house peer Lord Sharkey in 2012, Time reports.