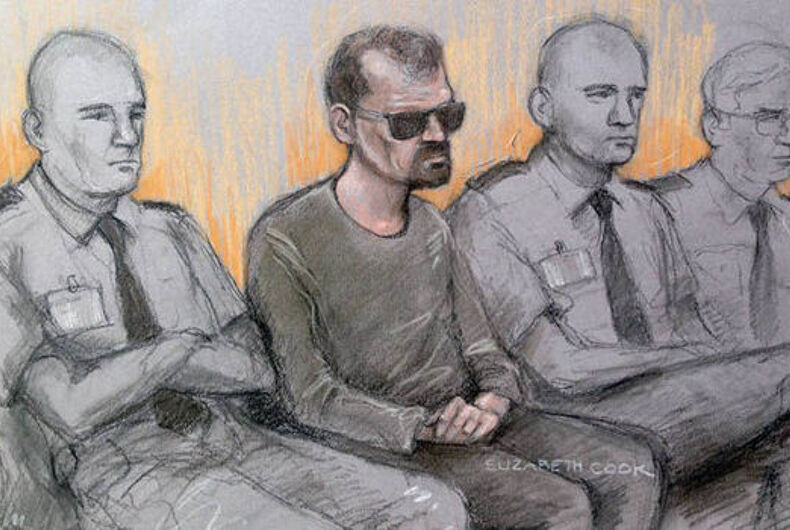 A man who lured a police officer to his south London apartment for a drug-fueled sexual encounter that turned deadly is said to have eaten his body, as well as attempting to dissolve it in acid, after meeting him on Grindr, a court heard yesterday on the second day of trial.

PC Gordon Semple’s DNA was found on a chopping board, chopsticks, the blade of a blender and the inside of a silver cooking pot during a search of Stefano Brizzi place of residence, Express reports.

“I spoke to Satan and he was telling me to kill, kill, kill and I agreed at the first opportunity,” he said, also telling first responders that he was HIV-positive.

“I have tried to dissolve the body,” he told police, The Telegraph reports. “I have killed a police officer. I met him on Grindr and I killed him. Satan told me to.”

He is said to have been a fan of the show “Breaking Bad,” a series which includes an episode where the main character dissolves a body in acid.

The oven contained fat and grease with Semple’s DNA as well, and a paramedic discovered a human hand and part of the spine in a bag.

Crispin Aylett QC for the Crown said that suggests “that the defendant cooked part of his body and then ate it.”

“I spoke to Satan and he was telling me to kill, kill, kill and I agreed at the first opportunity,” Brizzi told police, who were called to his apartment, in April of this year, when neighbors reported an “overpowering smell of chemicals combined with that of rotting meat.”

A search of his computer turned up references to pages such as “666 Black Sun,” and “The Satanic bible e-book.”

“If you look at what’s left over at home…I think there’s still a foot and a hand,” Brizzi said when asked by authorities about the location of the body parts. “I believe there was a leg. Yes, definitely there was a leg which I had tried to roast as well.

“But the head is still in my house, although it is cracked, the cranium is cracked. The chest was the hardest thing to crack.”

Brizzi was allegedly in the middle of assaulting the officer when he turned away another man who had arrived for sex.