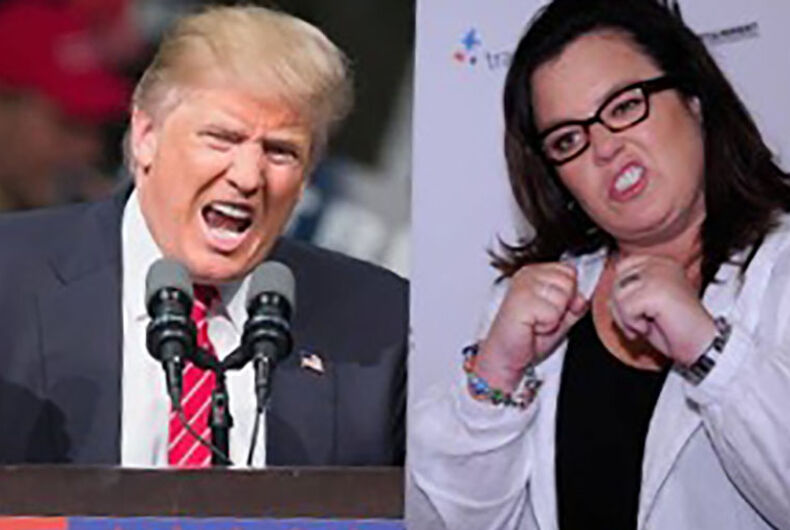 The list of offensive things Republican presidential nominee Donald Trump has said about women without any negative repercussions seems to get longer each day, and now a report casts a new light on a misgendering incident from the early days of his feud with comic Rosie O’Donnell.

BuzzFeed reports that several years ago, the New York real estate tycoon said it was “so natural” for him to refer to O’Donnell as “he.” He had apparently slipped in trying to utter the pronoun “she,” then corrected himself, then explained without prompting that using a male pronoun in her case was appropriate. And it was all caught on video.

This happened in Toronto, in 2007, at a Learning Annex event, according to the report.

The video shows Trump listing the names of celebrities he said O’Donnell had attacked, including the co-host of “Live! With Regis and Kelly:”

What also came naturally during this very public feud was for Trump to attack O’Donnell where it might hurt most. In the same speech, BuzzFeed reports, Trump saw an opening “to get even” in the revelation that the comedian was suffering from depression:

“She announced last week that she suffers from depression. They called me for a comment, and rather than saying ‘I have no comment’ or ‘isn’t that too bad oh, that’s so bad,’ I said, ‘I think I can cure her depression,’ — most of you heard this. ‘If she stopped looking in the mirror, I think she’d stop being so depressed.’”

“Get even,” Trump told the Toronto crowd, as the audience cheered. “When somebody screws you, screw them back in spades. I really mean it. I really mean it. You’ve got to hit people hard and it’s not so much for that person, it’s other people who watch.”

Watch an excerpt from Trump’s speech on the next page.