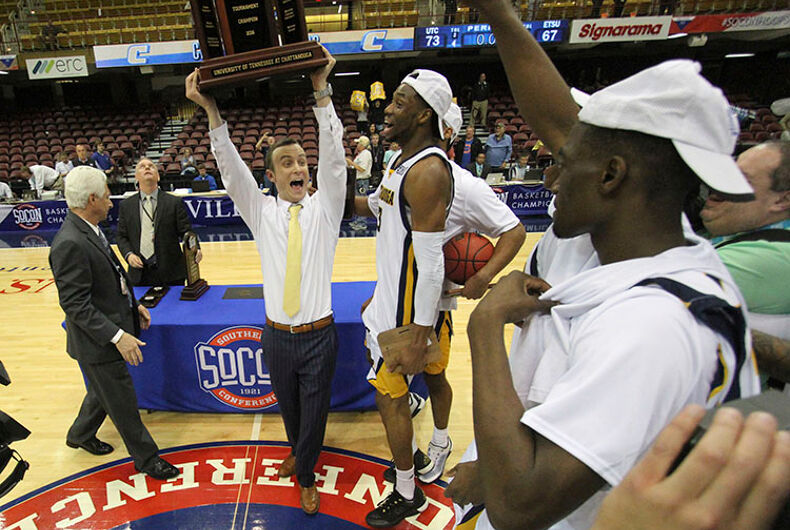 The league said it will honor commitments for these tournaments: men’s soccer in Greensboro, men’s and women’s basketball in Asheville and men’s golf in Pinehurst.

“We don’t want to punish the local host communities by pulling the championships out of the state this year,” Commissioner John Iamarino said Friday. “That point did resonate with presidents and chancellors.”

The league said in a statement its presidents and chancellors “reaffirmed their resolute opposition to legislation that discriminates against any individual.”

Iamarino said his conference was prepared for criticism in light of the NCAA and ACC decisions over the North Carolina’s law, which excludes gender identity and sexual orientation from local and statewide antidiscrimination protections. It also requires transgender people to use restrooms at schools and government buildings corresponding to the sex on their birth certificates.

HB2 was signed into law this year by Republican Gov. Pat McCrory, who has defended it as a commonsense safety and security measure.

The decision on the championships came after two conference calls among league leaders.

“While not unanimous, we found enough common ground to get to this point,” Iamarino said.

He said the league was influenced by the North Carolina host communities, all urging the conference to hold its events as planned. In Asheville, Iamarino said he met with about 30 people, including some from the LGBT community, who promised to fight the HB2 law but wanted the basketball tournaments to remain.

Iamarino said the venues involved are privately controlled and the league is confident of there will be an inclusive atmosphere at the events. The men’s golf event will be held at Pinehurst Country Club and the basketball at a neutral site in Asheville.

The soccer will be played on the Greensboro campus.

The ACC on Thursday relocated the football game to Orlando, Florida.

Iamarino said Southern Conference presidents and chancellors will meet in May to see if more action is necessary. He said there’s concern similar laws could extend beyond North Carolina.

“This could be a long-term issue,” he said.

Iamarino said he’s also concerned the schools against keeping the championships in North Carolina might take their own actions, perhaps boycotting the league events played there.

“It’s a real concern,” he said. “We’ll continue to communicate and prepare for everything.”