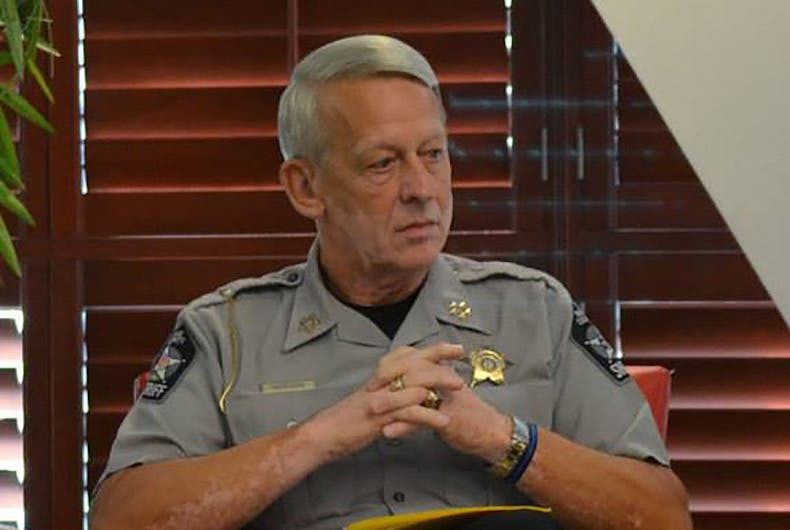 The sheriff of Wake County, N.C. is reconsidering the dedicated assignment of his police officers to protect school children and teachers, as a result of a standoff with school administrators, who he accuses of not adequately defining the district’s policy on transgender children.

“I’m thinking about pulling my school resource officers out of those schools,” Sheriff Donnie Harrison told reporter from WRAL-TV last week. “If we can’t have a better relationship, if they can’t work with us, I don’t know how we can work with them.”

And in defending his position to a Raleigh-Durham news website, the sheriff implied in an email that the policy regarding infectious diseases, such as head lice, should be applied to transgender students. He denied reports that his stance has anything to do with North Carolina’s anti-LGBTQ legislation, House Bill 2, which restricts trans individuals from using any public bathrooms except the ones that corresponds with the birth listed on their birth certificates.

According to the publication, Indyweek, Harrison is upset that whatever policy does exist is not consistent across the Wake County school system. WRAL reports the sheriff was outraged that one principal allowed a transgender girl to use the girls’ bathroom, although his soundbite makes it clear he doesn’t understand what it means to be a transgender girl, since he misgendered the student in question. “She had allowed this person, male that is transgender, going to be a female, to go in there as long as he did not take off his underwear,” Harrison told the reporter.

In an email to Indyweek, Harrison said his stance on school resource officers (SRO’s) has “nothing to do with HB 2 or any other bill” and compared how the school system addresses trans kids to its policy on lice: