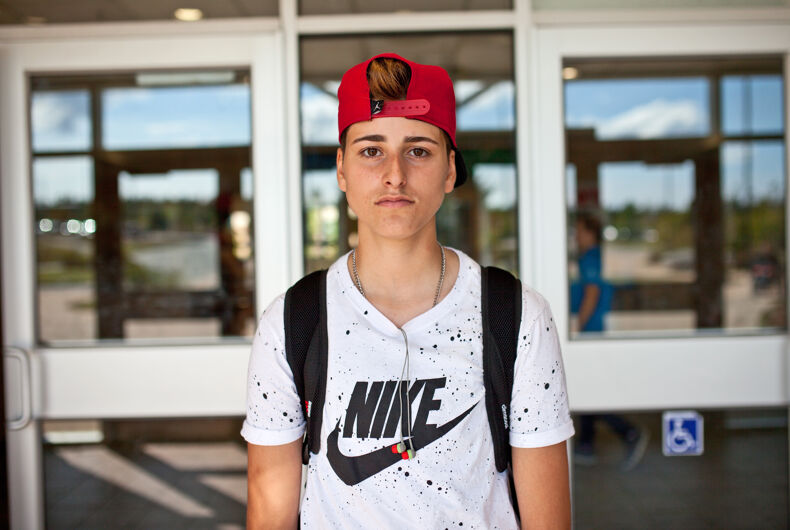 Kenny Cooley made headlines in his hometown in Halifax, Nova Scotia and all around the world last week, as the first out transgender football player on his high school team. But two days after the news broke, Cooley said he was fired from his job at the local McDonald’s, and his boss said it was in part because of those headlines.

In an interview with Canada’s Metronews, Cooley said he was given two reasons for dismissal: “one because of the media, and two because we had some schedule mishaps.”

When Cooley, 17, was profiled in LGBTQ Nation, he spoke about how “caring” and “accepting” the other boys on the team were. But Metronews reports his boss at McDonald’s on Bedford Highway didn’t even respond to press inquiries.

A McDonald’s spokesperson contacted by Metronews would not confirm Cooley had been let go. The website did receive an emailed statement from the branch owner, Bob Smith, who said he was “shocked by these allegations as they are simply not true.”

LGBTQ Nation emailed and tweeted to McDonald’s corporate PR for clarification but did not receive a response at press time.

According to Metronews, a local group called the Youth Project has asked McDonald’s to reinstate Cooley and issue an apology:

In addition, Executive Director Kate Shewan says McDonald’s should update their policies on gender identity and sexual orientation to make sure “they’re much more inclusive and respectful of everybody.”

“Youth are constantly telling us that they’re denied employment opportunities because they’re trans – we hear it happening all the time,” Shewan told Metronews. “When it’s in the media, we felt that it was important to show our support.”