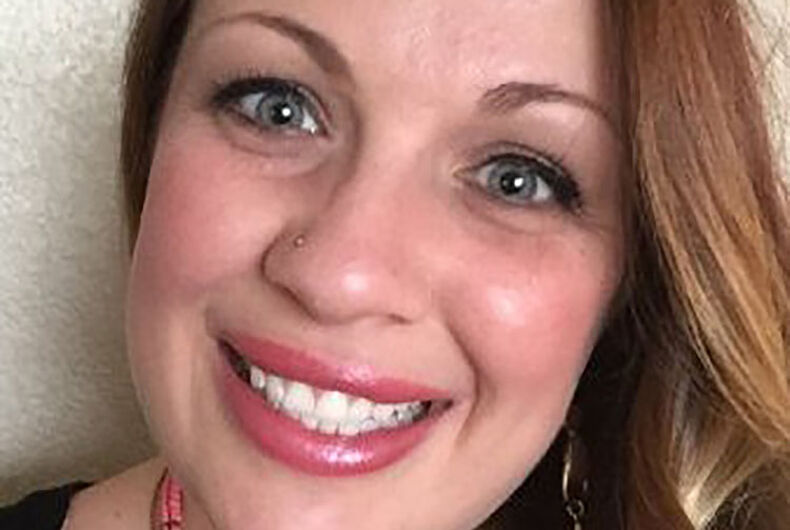 Lorie Smith’s feelings about the rights of the LGBTQ community are as plain as the wart on her nose. The Denver, Colo. woman filed a federal lawsuit along with her company, 303 Creative LLC, to overturn a Colorado law which she claims violates her ability to deny business to supporters of same-sex marriage.

Smith identifies herself as a Christian and her LinkedIn profile shows she has worked with a church and a Jewish group on a project called Mitzvah Mania, as well as for a kennel, leaving one to conclude she’ll work with Jews and dogs, but not gays.

Smith her and graphic and web design company based in the Denver area filed the suit Tuesday in Colorado’s U.S. District Court, naming the state’s attorney general, director of the civil rights commission and its members as defendants.

The law preventing her from refusing people services on the basis of sexual orientation is unconstitutional, according to her lawsuit, and violates her First and Fourteenth Amendment rights. She cites Bible passages almost as much as legal precedent in her filing, which state Smith “believes that God is calling her to promote and celebrate His design for marriage…between one man and one woman only.”

The suit notes Smith intends to use her business “to celebrate and promote God’s design for marriage as an institution between one man and one woman.” She notes the law prevents her from saying so on her website.

However, as KMGH-TV noted in its report, her website leaves no doubt as to her feelings on this issue, despite her lawsuit’s claim that she “is refraining” from expressing her bigotry.

“My primary objective is to design and create expressive content,” she wrote on the page. “Because of my faith, however, I am selective about the messages that I create or promote — while I will serve anyone I am always careful to avoid communicating ideas or messages, or promoting events, products, services, or organizations, that are inconsistent with my religious beliefs.”

Smith’s attorneys told the station she would be making no comments to the news media. Her lawsuit has not yet been scheduled for a hearing.

Read the lawsuit by clicking on the link here from KMGH-TV.

Aww! Kentucky judge says he ‘can’t hug the way he used to’ because gay marriage

Adorable new Israeli Nissan commercial asks ‘Who’s to say what a family is?’