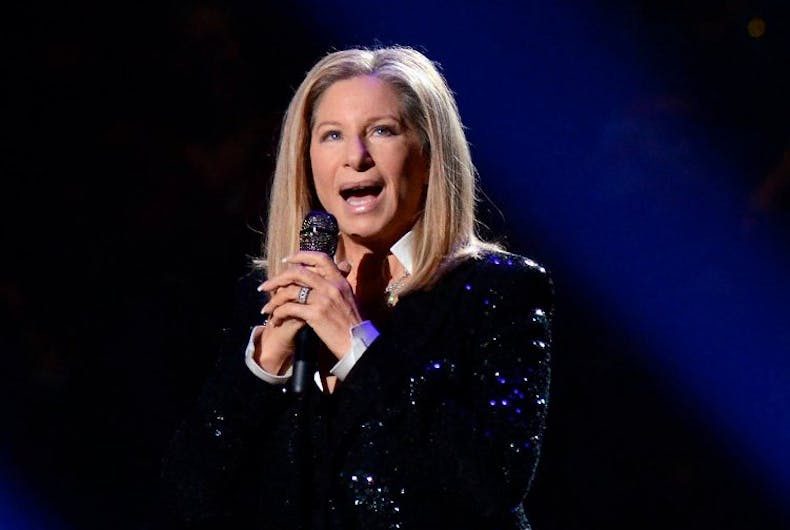 During a fundraiser for Hillary Clinton’s presidential campaign aimed at LGBT people, reclusive treasure Barbra Streisand emerged from her hidey hole to endorse Clinton and roast Donald Trump as only Babs could… She gently mocked him by changing the words to the American classic “Send In The Clowns.”

Watch video of the hilarious twist Streisand put on her iconic tune shot by an attendee. While it cuts off shortly after the third verse, the complete lyrics are beneath the video.

VERSE 1
Is he that rich?
Maybe he’s poor?
‘Til he reveals his returns
Who can be sure?
Who needs this clown?

VERSE 2
Something’s amiss
I don’t approve
If he were running the free world
Where would we move?
Name me a town?
Just who is this clown?

BRIDGE 2
Hillary’s kind
Smart, that is clear
While she is giving us hope… Trump is selling us fear
Look how he changes his views every time that he speaks
It’s lie after lie
Can’t take eight more weeks!

VERSE 4
This is no farce
Maybe he’s broke?
Is this “The Art of the Deal”
Or some awful joke?
You’ve got to admit
This silly half-wit
Is so full of shit!

Hillary and Trump should stop pandering for African-American votes