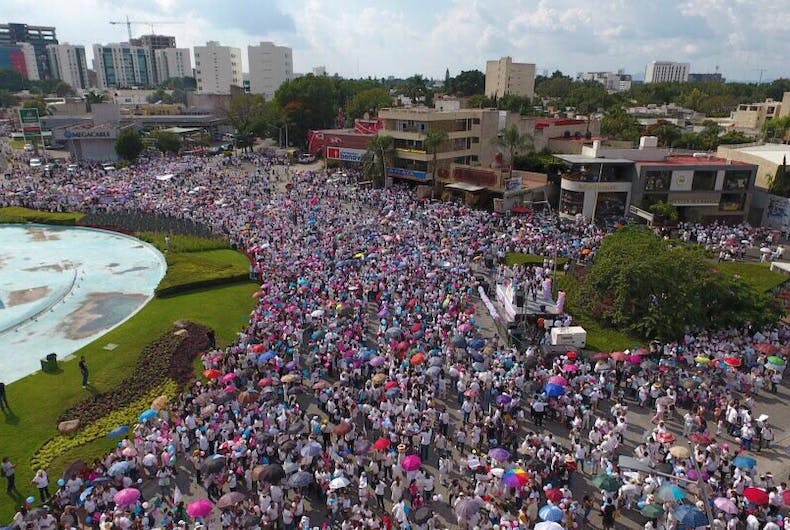 Thousands rally in opposition to marriage equality in Guadalajara, MexicoPhoto: Blabbeando via Twitter

MEXICO CITY (AP) — Organizers say thousands of people have marched in several Mexican cities in opposition to a proposal to legalize same-sex marriage.

The National Front for the Family group’s website shows videos of marches in a half-dozen cities Saturday.

White-clad demonstrators chanted “Children need a father and a mother!” and “Wake up and defend the family!” They also chanted slogans against government-mandated sex-education programs.

In May, President Enrique Pena Nieto proposed legalizing same-sex marriage nationwide. It is currently legal only in some places such as Mexico City, the northern state of Coahuila and Quintana Roo state on the Caribbean coast.

Pena Nieto’s party suffered losses in midterm elections in June and has largely sat on the initiative since then.

Barbra Streisand roasts Trump with parody of ‘Send In The Clowns’