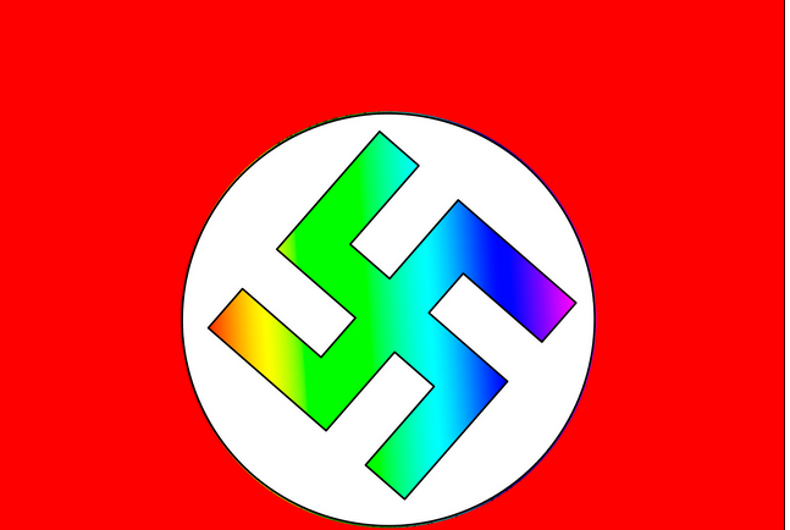 In what at first reads like a biting piece of satire from The Onion, the esteemed Southern Policy Law Center is out with a surprising report that shows the dark side of all the gains LGBTQ Americans have made:”some white nationalists seem to be engaging in some rainbow coalition building.”

The “Hatewatch Staff,” as they are known, report on the unexpected development by “some” younger, anti-establishment, racist right wing conservatives that have taken the name, the “Alt-Right.” They’re reaching out to find members of the LGBTQ community whose white supremacist views match their own.

And lest anyone think it’s impossible for someone in the community to harbor those kinds of attitudes, it should be noted that groups like the Log Cabin Republicans still exist, that Caitlyn Jenner is still a dyed in the wool Conservative, and Peter Thiel is hardly the only out gay Republican in America.

Richard Spencer is president of the white-nationalist National Policy Institute and according to SPLC has made overtures to the LGBTQ community. He’s considered one of the founders of the Alt Right, and last year barred homophobes from attending their annual convention, choosing pro-LGBTQ speakers and turning away at least one antigay speaker.

The SPLC notes that during a recent “Ask Me Anything” on Reddit, Spencer was asked about his “large following in the gay community.” Spencer reportedly responded, “The gays love me.”

Greg Johnson, another white nationalist writing in something called Counter-currents publishing summed up the change in attitude this way:

“My view is that White Nationalism should be ‘straight but not narrow,’ meaning that we should uphold and defend heterosexuality as the norm but also recognize that not everyone fits that norm.

“As long as homosexuals uphold healthy norms and have something positive to contribute, they can and do make our movement stronger.”

Jon Stewart to Larry Wilmore: OMG! What? Did you piss off Peter Thiel?