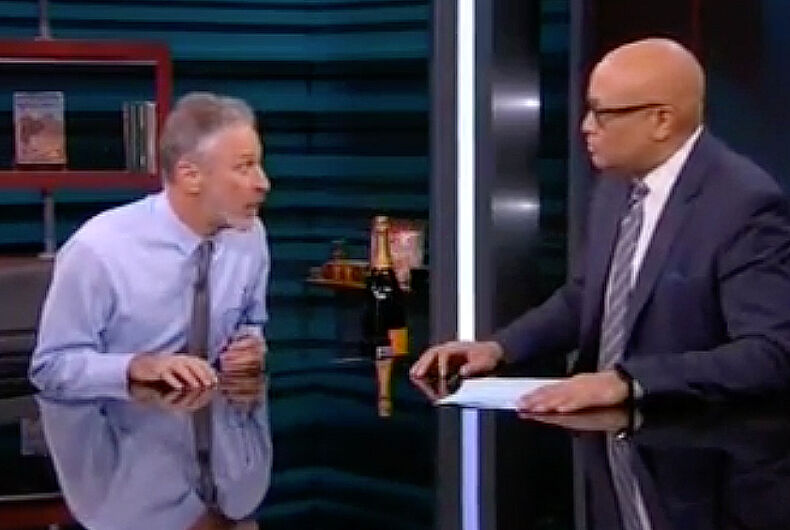 Gawker isn’t the only pop culture touchstone that is going by the wayside this summer. Comedy Central’s The Nightly Show with Larry Wilmore is off the air, canceled for poor ratings.

On Thursday night, Nightly did not go quietly, but rather with a poignancy that was characteristic of the show’s host and staff, and of its roots.

Wilmore, the “senior black correspondent” on Jon Stewart’s venerated version of The Daily Show, was praised by his former colleague when Stewart slipped in during what was set up as one of Wilmore’s many funny bits about Republican presidential nominee Donald Trump.

Stewart referenced Peter Thiel, the other out gay billionaire of Silicon Valley  — who famously backed Hulk Hogan’s lawsuit and bankrupted both Gawker founder Nick Denton and his media empire —when he mocked surprise at learning Comedy Central had pulled the plug on Wilmore’s show after 20 months.

Watch two clips from The Nightly Show, below. Stewart appears at the 5-minute mark in the first video.