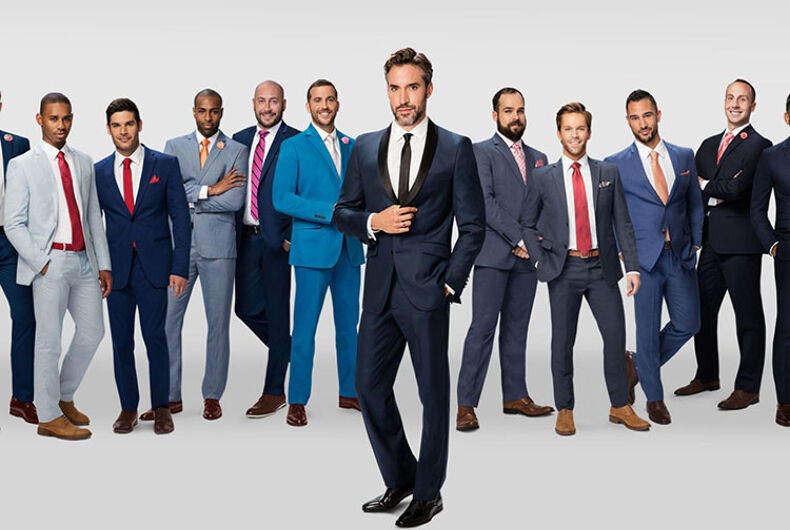 Logo’s Finding Prince Charming is hosted by out former ‘NSYNC band member Lance Bass, who will help Sepulveda winnow down his 13 dashing suitors to one lucky man. And from the looks of the trailer, they bring a lot of drama to this show, including when one man declares, “I’m calling the cops! I’m calling the cops!”

Just like in those popular ABC shows, the contestants will live together in a spectacular mansion and take turns trying to impress the man who decides who stays and who goes home. But unlike those programs, Finding Prince Charming is a powderkeg of same-sex attraction in which the contestants could be — potentially — hooking up themselves.

Sepulveda — described by one of the dudes as the “real life James Bond” is a native of Puerto Rico who lives in Atlanta and owns a luxury design firm. He’s also founded Atlanta Rainbow Crosswalks, which is an LGBTQ civil arts project that spreads awareness of diversity and equality through public art and community outreach.

Scroll down to see the trailer from People Magazine promoting the new series, Finding Prince Charming, premiering Sept. 8 at 9 p.m. on Logo, and click here for a look at all 13 potential princes from Logo’s NewNowNext.

Big Freedia gets probation after unlawful use of Section 8 voucher