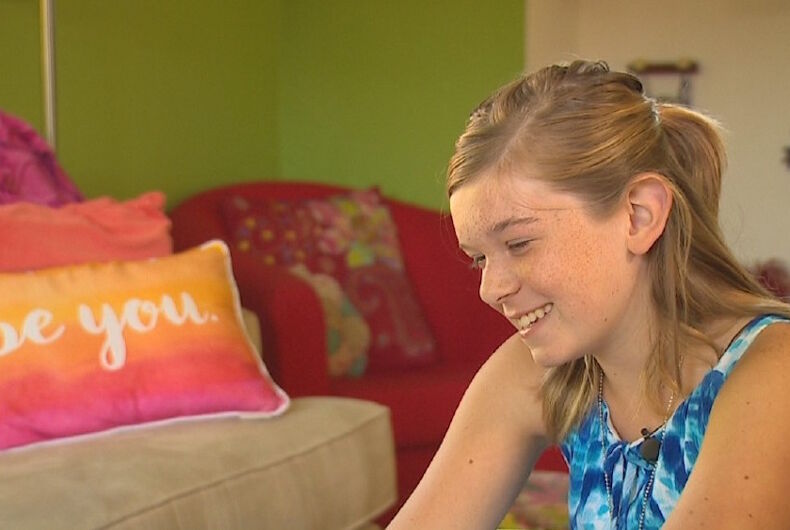 It might seem unusual to some parents that Lisa Keating of Tacoma, Wash. was not at all surprised when her child announced one day in 2014, “I think I’m transgender.”

But that’s because Keating and her husband knew their daughter was very self-reflective, expressive and comfortable being different.

“From about age 3, she was fluid with her gender expression,” Keating told the News Tribune.

Her mother remembers that as a preschooler, her child was equally happy playing with Tinker Bell as she was with Thomas the Tank Engine. And at age 9, that child decided to make a change.

Keating told KOMO-TV she did her homework, reading up on transgender children and reaching out to experts and other parents, and ultimately, her daughter’s school.

“I went to the principal, I went to the teacher and the counselor and said ‘This is where she’s at right now,’ “said Lisa.

Now 11, she’s back to school as a sixth grader, her third year in a row of presenting authentically, and happy. Her classmates, she said, weren’t sure what to make of this change, at first.

“They were confused,” said Stella, who in fourth grade revealed to her classmates she didn’t want to be called her old name anymore. “I had to explain to them and they eventually understood that I’m transgender.”

But Stella said some children persisted in calling her by her old name, what trans people refer to as “deadnaming.” A counselor helped her find the words to help them understand why that was so hurtful. In time, everyone came around. “They just said, ‘That’s what she wants. We should respect that.’ It’s no big deal now.”

Watch the report from KOMO-TV below.