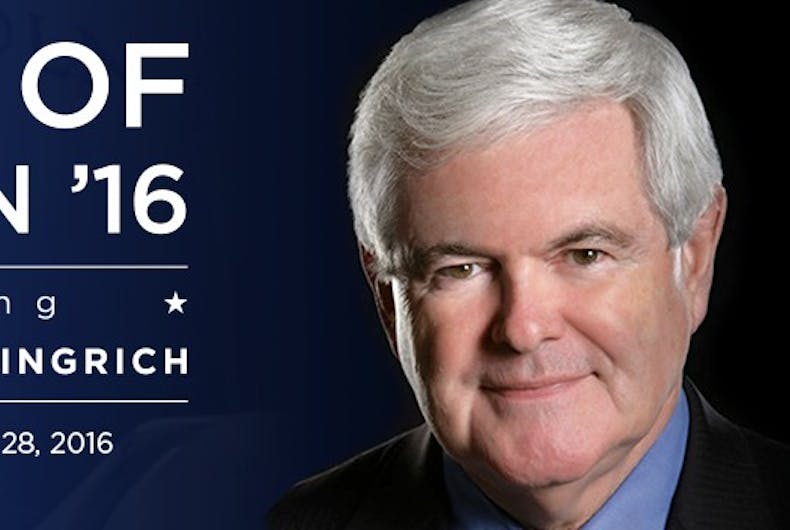 Newt Gingrich may be one of America’s most vehement anti-LGBT politicians, but that hasn’t stopped the Log Cabin Republicans from embracing him. The noted homophobe will headline a September fundraiser for the organization of gay Republicans.

The former House Speaker was a driving force behind the proposed constitutional amendment to ban same-sex marriage nationwide in the early 2000s, supported the military’s discriminatory “Don’t Ask Don’t Tell” policy and called for its reimplementation after it was discarded, and wanted to investigate the supposed persecution of Christian anti-LGBT activists.

Gingrich has claimed that “a gay and secular fascism in this country that wants to impose its will on the rest of us, is prepared to use violence, [and] is prepared to use harassment.” He’s called same-sex marriage “a perfect example of what I mean by the rise of paganism.” And he secretly funneled over $200,000 to the right wing hate group American Family Association to help their fight to recall the Iowa Supreme Court judges who ruled in favor of marriage equality.

So who better to headline an event for self-loathing LGBT people? Who better embodies the “Spirit of Lincoln” than they guy who called President Obama a “Kenyan?”

Maybe Log Cabin is just following Gingrich’s lead. He famously once said, “We’re all human and we all goof. Do things that may be wrong, but do something.”

After all, Gingrich is one of the most prominent Trump supporters and Log Cabin still hasn’t decided whether or not they’ll endorse the candidate. But, hey, at least they’re doing something.