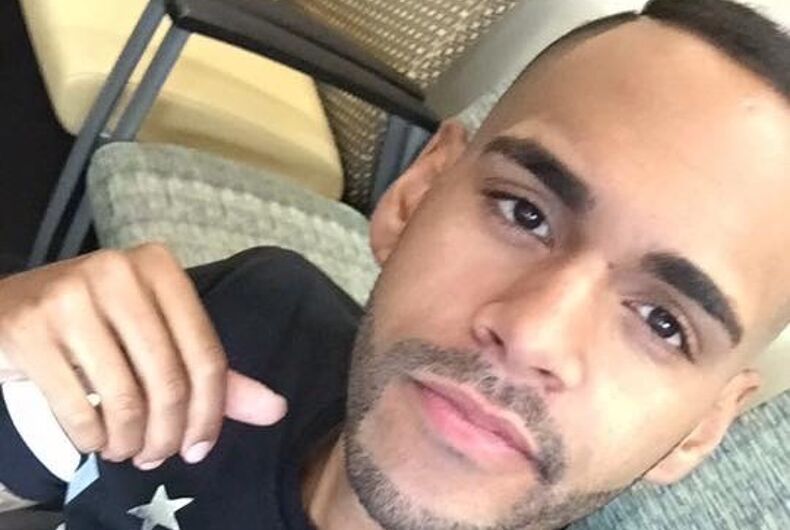 Angel Colon in the waiting room at Orlando Health Orthopedic Institute.Photo: via Facebook

Angel Colon, one of the survivors of the mass shooting at the Pulse nightclub in Orlando, posted a video to Facebook recently that will make you cry with joy. The former Zumba instructor was shot three times in one leg and the other was broken as clubgoers stampeded over top of him as they fled the nightmare.

Two weeks ago, Colon appeared on stage at ZINCON16, the yearly conference for Zumba instructors, to “dance” for the first time – even though he had to sit on a chair to do it.

What a difference a couple of weeks can make. Watch as Angel takes his first steps without assistance since the shooting happened two months ago.

The news you care about, reported on by the people who care about you.
News (USA)
Angel Colon, mass shooting, Orlando FL, Orlando shooting, Pulse nightclub