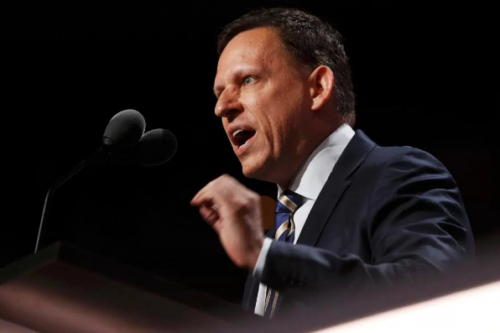 Thiel is a contrarian, and what could be more contrary than a gay, Silicon Valley billionaire backing Trump? This despite the fact that Thiel, who comes from an immigrant family and believes in free trade, would seem to disagree with the far less intelligent and innovative Trump on just about every conceivable issue, including marriage equality. His appearance at the Republican National Convention was an exercise in upside-down logic, which is what we’ve come to expect from Thiel.