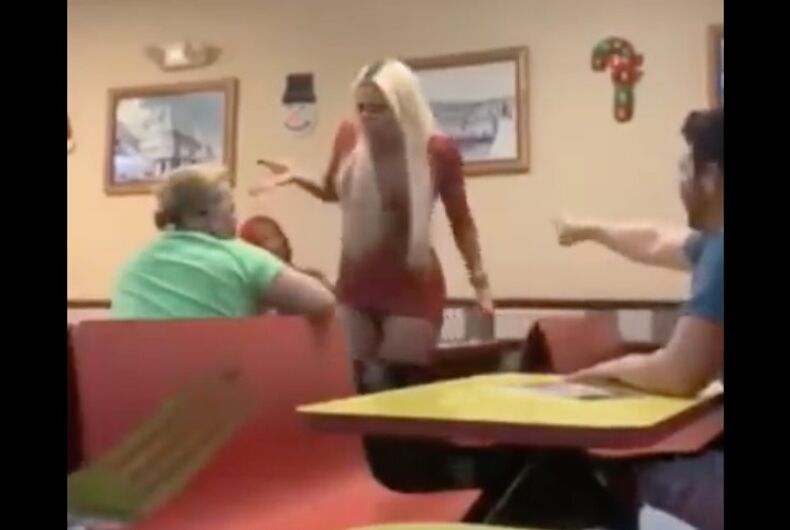 After being harassed by men in a restaurant, two transgender women decided they had dealt with enough and took matters into their own hands. Those hands formed fists after the men continued to denigrate the women, leaving the two harassers bloody and dazed.

The incident began when a male customer slides into the women’s booth and mocks one of them, saying in Spanish, “I’d like to sit with a lady.” After the women push him away, he and another customer continue the verbal abuse.

The other man asks the women about their genitalia and spurs one of the women to stand up and angrily lecture the man to be more respectful – not just of them, but of women in general.

But when he calls the women “f****ts,” the other woman loses her cool and all hell breaks loose.

While the men attempt to defend themselves, they’re no match for the two women as they cut loose with a smackdown. The harassers are left staggering around the restaurant and cowering on the floor.

While these two fought back, normally trans women of color are the victims of violent crime. According to HRC, at least 24 transgender women of color were murdered in 2019 alone.
Life
Good News, Sexual Harassment