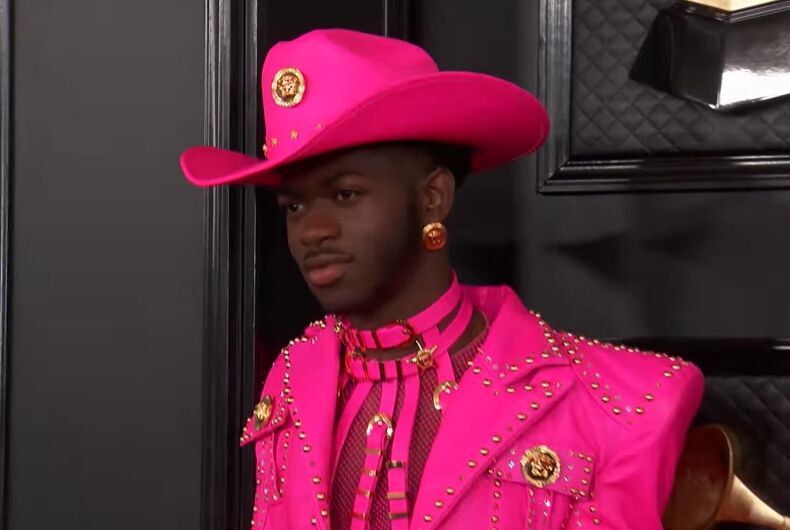 Lil Nas X – who came out last year as he was topping the charts – picked up the Best Pop Duo/Group Performance Award and the Best Music Video for his 2019 hit “Old Town Road.” He also performed the hit song and “Rodeo” with Billy Ray Cyrus, Korean boy band BTS, yodeler Mason Ramsey, and a bunch of other famous performers.

Related: Here are the best, campiest looks from the 2019 Met Gala

Out DJ Tracy Young picked up the Best Remixed Recording Award for “I Rise (Tracy Young’s Pride Intro Radio Remix),” a remix of Madonna’s “I Rise.” She’s the first woman and the first lesbian to win the award in this category.

“We made history, ladies,” said Young during her acceptance speech. “I proudly accept this on behalf of all female producers who have been overlooked.”

Brandi Carlile, who came out in 2002, was one of the co-writers of the Tanya Tucker song “Bring My Flowers Now,” which won Best Country Song. Carlile and Tucker performed the song at the awards show.

Out performer Demi Lovato sang “Anyone” at the awards show.

But another show happened before all the performances and it was on the red carpet. Billy Porter showed up with a crystal, motorized hat.

Lil Nas X turned heads with a pink leather suit from Versace, a nod to his country hit from last year.

@lilnasx arrives to the #GRAMMYs in a masterfully constructed #AtelierVersace leather suit enriched with hand-embroidered studs and Swarovski crystals. The fuchsia tailoring is paired with a bondage-inspired leather harness and cowboy hat. #LilNasX #VersaceCelebrities

Diplo – the music producer who has been very public about questioning his sexuality –  showed up with country singer Orville Peck as his date for the evening. Peck, who wears masks in public, identifies as queer.

“We love each other,” Diplo said of their friendship on the red carpet.

Both Diplo and Peck kept the cowboy theme going.