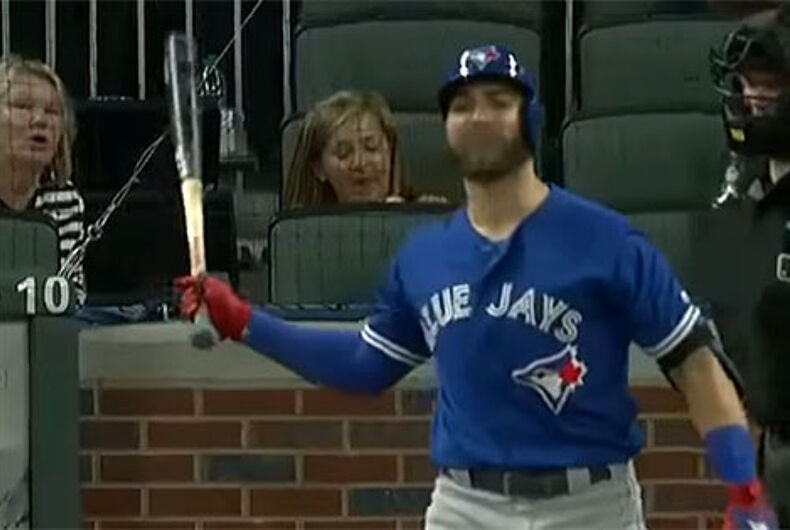 MLB announced Thursday it suspended Pillar for two games for shouting “fag” at Braves pitcher Jason Motte after he struck out to retire his side in the top of the 7th inning at SunTrust Park in Atlanta. There was no mistaking what he said and the slur sparked both benches to clear.

Umpires maintained order and there was no brawl, but tensions were definitely raised. Television reports of the incident showing replays of what happened blurred Pillar’s lips to obscure the offensive word.

After the game, with TV cameras and microphones surrounding Pillar in the locker room. Major League Baseball’s leading hitter apologized — saying what he did was “immature, it was stupid.” 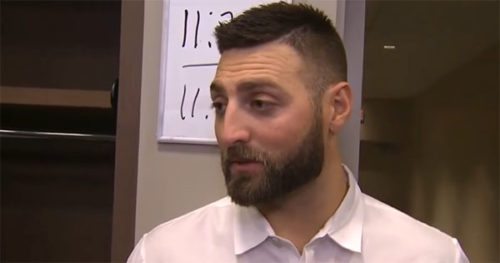 But he offered no explanation for why he said what he said.

On Thursday, Pillar tweeted a statement underscoring his regret over what he said, declaring he apologized not only to Motte, the Braves and their fans but also to the LGBTQ community for his “lack of respect.”

The words may have been sincere, but they did not spare him the consequences. The Blue Jays organization tweeted news of his suspension late Thursday, hours before the team’s next game against the Braves.

And this suspension will cost Pillar. A Toronto sports columnist tweeted that the money he would have earned for playing the next two games is to be donated to a charity yet to be named.

Kevin Pillar's forfeited salary will be donated but details to be worked out. #BlueJays

Back in 2012, New York Mets pitcher Noah Syndergaard had just joined the team — from Toronto of all places — when he used the “F” word in a tweet. He apologized, calling it a “mishap.”

Escobar was dealt a three-game suspension for that slur, forfeiting wages of $82,000, which was donated to LGBTQ causes.

This is clearly not a new phenomenon. Outsports even catalogued some of sportsball’s best and worst apologies for homophobic slurs. MLB’s intention in suspending Pillar hopefully will be to reinforce what the centerfielder said in his statement, that he is aware he “helped extend the use of a word that has no place in baseball, in sports or anywhere in society today.”

Could Mike Pence go down with Trump in Russia investigation?