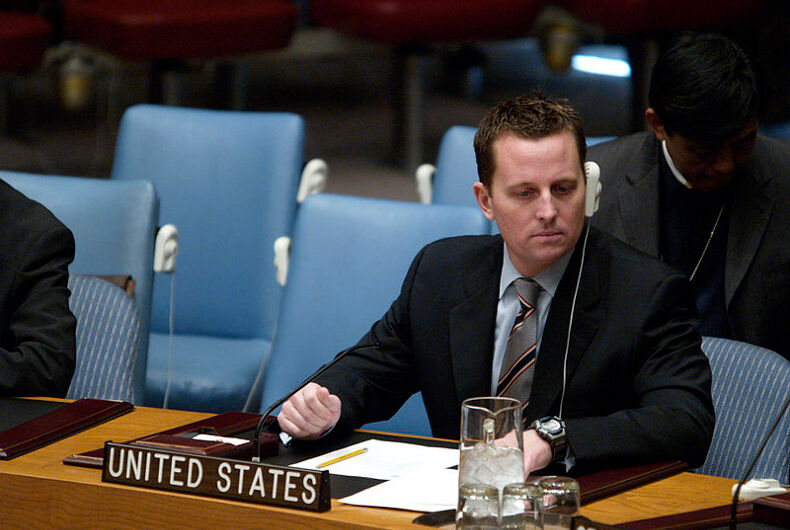 A conservative Republican senator from Utah is demanding the confirmation of a gay man as ambassador to Germany. It’s a whole new  world.

Sen. Orrin Hatch took to Twitter on Monday to demand the Senate confirm Richard Grenell’s appointment as Ambassador to Germany.

Enough with the obstruction. It's time to confirm @RichardGrenell. https://t.co/GP9iSMROxq

The president nominated Grenell to serve as ambassador to Germany months ago, making him the administration’s first openly gay nominee. The Senate Foreign Relations Committee voted to support Grenell’s nomination. Twice. But it has languished without a floor vote in the Senate.

The delay caused Hatch’s tweet to his senate colleagues to get on with it already.

Hatch is not exactly a rainbow flag wager. Yet he’s going to bat for a gay man’s diplomatic appointment. Let that sink in for a minute.

Have we gone through the looking glass here? Well, not exactly, but clearly we aren’t in Kansas anymore.

Times have changed, that’s all.

What’s clear is that just a few short years after Grenell’s orientation was enough to get him bounced from a Republican presidential campaign, now it’s not enough to stop prominent Republicans like Hatch and Senate Majority Whip John Cornyn from supporting his nomination.

It may not seem like much, but when measuring progress, every little bit counts. Don’t expect to see Hatch or Cornyn in a pride parade anytime soon. But, in some ways, we’re looking at a whole new world.