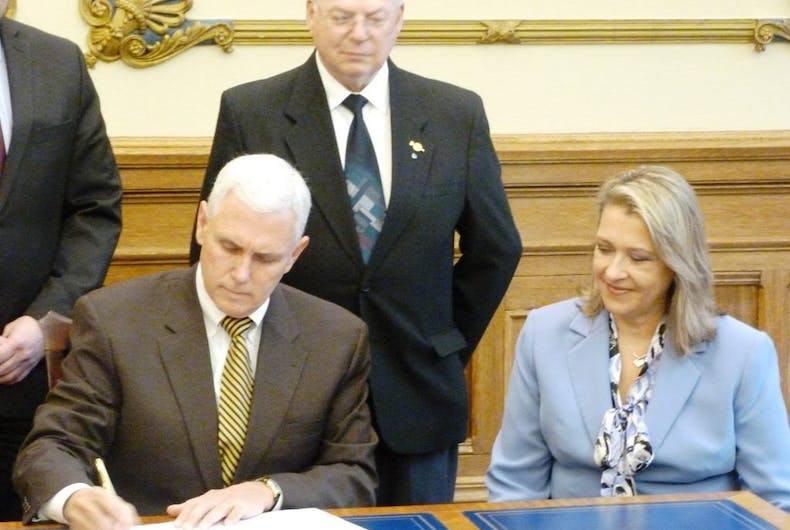 Late Friday, a Republican lawmaker blocked an anti-transgender bill from advancing in Indiana.

The proposed legislation, HB 1361, was introduced just one day prior and would have prohibited transgender Hoosiers from updating their birth certificates.

“The intent of this bill is to strip transgender people of the most basic and fundamental dignity,” Freedom Indiana said in a statement following the bill’s introduction on Thursday. “HB 1361 seeks to deny the very existence of transgender people—with the cruel mandate that a transgender person’s birth certificate can never match the identity they live as and the person they have always known themselves to be.”

Rep. Cindy Kirchhofer, the Republican chair of the Indiana’s Public Health Committee, confirmed in a statement that she is declining to hear the bill in committee, effectively halting its progress for 2017. She said she will instead focus on the pressing public health issue of opioid and heroin addiction.

“We’re so thankful to Rep. Kirchhofer and members of the General Assembly who saw this dangerous bill for what it is: A harmful, discriminatory distraction from the real issues facing Hoosier families,” wrote campaign manager Chris Paulsen. “Discrimination will never win in Indiana. Together, we’ll continue to make sure of it.”

Some transgender people may seek to update the gender marker on their birth certificates to reflect their lived gender and/or the gender marker on their other legal identity documents. Having inconsistency among these documents can out transgender people and can impact their ability to access employment, education, and even public spaces, such as restrooms.

For example, North Carolina’s HB 2 currently requires transgender people to use public restrooms and changing facilities in accordance with the gender on their birth certificate.

“This was not a philosophically driven thing,” he told the Indy Star. “I just respect accuracy in all legal records.”

Transgender Hoosiers would likely argue that’s precisely what they are trying to defend.