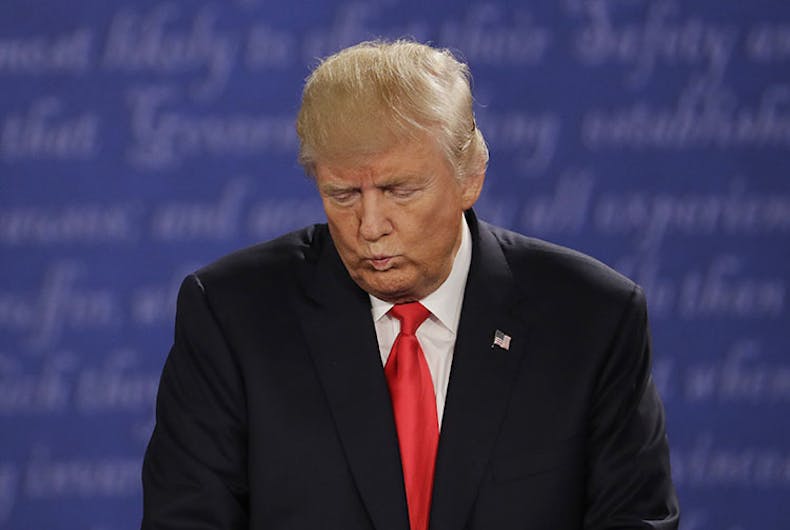 Professor Allan Lichtman seemed crazy to many when he predicted a Donald Trump victory at the polls, even though he had been correct since 1984. Sadly for LGBTQ rights, and many other concerns, he was right. But Lichtman has another prediction: Donald Trump will be impeached by his own party.

“I’m going to make another prediction,” he told the Washington Post. “This one is not based on a system; it’s just my gut…They don’t want Trump as president, because they can’t control him. He’s unpredictable. They’d love to have Pence — an absolutely down-the-line, conservative, controllable Republican. And I’m quite certain Trump will give someone grounds for impeachment, either by doing something that endangers national security or because it helps his pocketbook.”

Conservative journalist David Brooks also predicts a Trump impeachment, or a resignation, are “probably” likely within the next year.

A successful impeachment would leave Mike Pence in charge, who has proven himself to be no friend to the LGBTQ community.

Michael Moore has called on the left to organize around attempting to impeach Trump.

“Just as the Republicans were already planning to do with President Hillary from Day One, we must organize the apparatus that will bring charges against him when he violates his oath and breaks the law — and then we must remove him from office,” Moore wrote on Facebook.

“The Democrats can rehabilitate themselves only by offering an inspiring progressive alternative to Republican policies and building a grass-roots movement,” Lichtman advised.

Watch him make his prediction for a Trump impeachment in the video below.