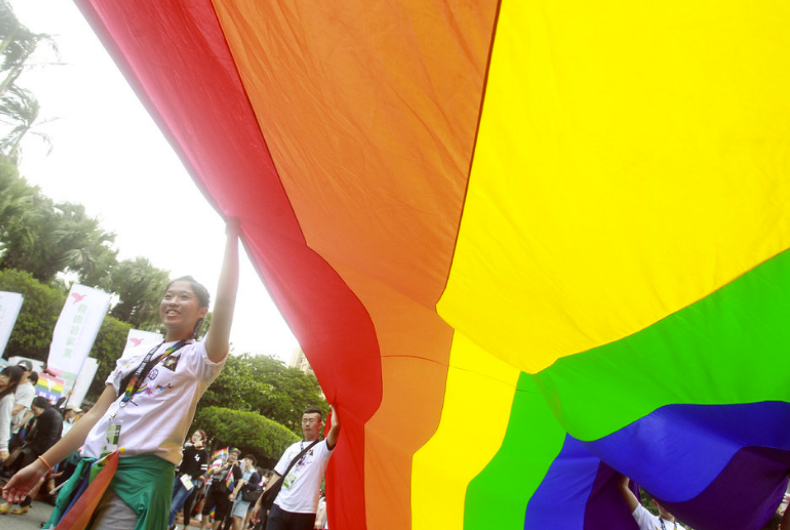 The suicide of a well-known professor in Taiwan following the death of his partner has renewed calls for the government to pass marriage equality.

Jacques Picoux, a French professor and artist commonly known as “Professor Bi,” had been with his partner Zeng Jingchao for 35 when Jingchao fell ill. Because their relationship lacked legal recognition, Picoux was treated as a “stranger according to the law,” local gay rights advocates told The News Lens.

As a result, Picoux was not allowed to give input on his partner’s course of treatment, and Jingchao’s family reportedly intervened to prevent the couple’s apartment from being passed down to Picoux and Jingchao died in December.

“Why can’t the couple, together for 35 years, live as a legal couple and face sickness and death together?” marriage equality advocate Chiu Hsin-yi wrote. “They [the government] claim that Taiwan is friendly to homosexuals and fully support them, but they aren’t offering them any rights. As long as same-sex marriage is still not legalized, gay rights do not exist in this country and the other same-sex couples will continue suffering from discrimination and pain.”

President Tsai, who was elected to office in January, made LGBT rights a major part of his platform, even instructing members of his Democratic Progressive Party to participate in last year’s LGBT Pride Parade in Taipei.

However, his lack of action on LGBT issues since taking office has led activists to speculate that he was pandering for votes. A draft law that would create domestic partnerships is slated to be submitted in September 2017, after the government conducts a study into the potential impacts of legalizing same-sex unions. Activists argue that the government should instead be pursuing full marriage equality, and that there’s no need to do a study.

If Taiwan passed marriage equality, it would be the first Asian nation to do so.