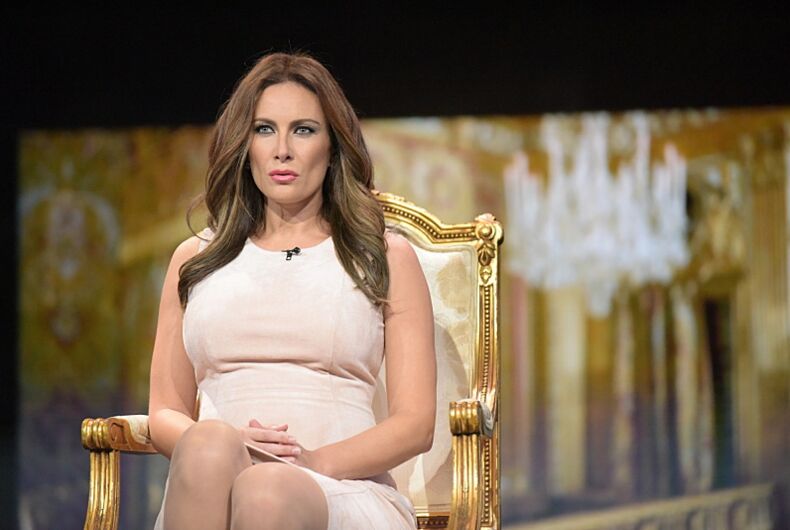 Laura Benanti as Melania Trump on “The Late Show With Stephen Colbert.”Photo: screenshot

Laura Benanti returned to The Late Show with Stephen Colbert last night with another spot-on impersonation of Melania Trump. This time around, the actress tackles the former model’s reaction to the sexual assault allegations against her husband.

Like the real Melania did in an interview with Anderson Cooper, fake Melania spent most of the “interview” blaming Billy Bush for everything.

“He explained it was locker room talk,” she said. “I did not know this, but when American men gather to sport they always brag of grabbing women by the Billy Bush.”

In between pouts and pursed lips, fake Melania also muses about “boy talk.”

“Boys, men — it’s the same. No matter how nice they seem, secretly they’re all foul-mouthed Billy Bush-grabbing pigs,” she says. “They’re all animals. If only a woman could be president.”

Watch the segment below, but hang on to your gigglebox. This is hilarious.