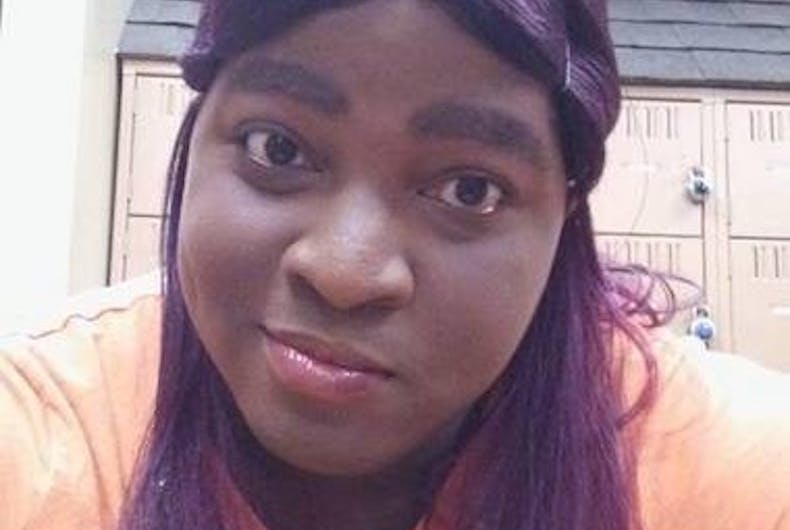 Brandi Bledsoe, a 32-year-old transgender woman from Cleveland, Ohio, was found dead in her backyard on Saturday, bringing the total of reported transgender homicides to 23 so far this year.

Bledsoe was found in the driveway of her home with plastic bags tied around her head and hands. She was naked except for her underwear. A 5-year-old boy found her body.

Police are treating the case as a homicide, but the medical examiner has not released a cause of death yet. Bledsoe suffered head trauma before her death.

Bledsoe came out as transgender two years ago and had never been happier according to her family.

“She wasn’t very outgoing before she told us,” her cousin, John Craggett, told the Cleveland Plain Dealer. “She just wasn’t happy with who she was. When she told us, she was honestly a lot better as Brandi. She was happy.”

“She was really beautiful,” Craggett said. “She was really sweet and nice. That’s what bugs the crap out of me about this. Whoever did this can rot in hell.”

No arrests have been made in the case.