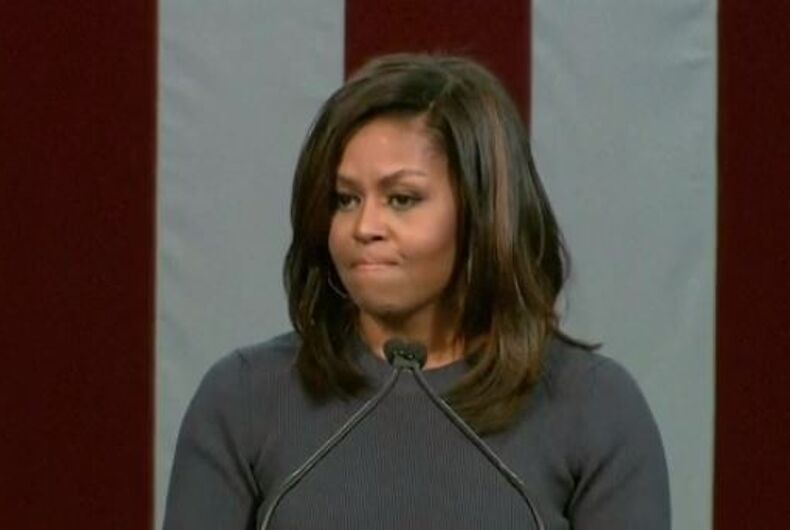 While speaking at a campaign rally for Hillary Clinton in New Hampshire today, First Lady Michelle Obama spoke out about the tape showing Donald Trump bragging about committing sexual assault, calling it “shocking,” “intolerable,” and below “basic standards of human decency.”

“This is not normal, this is not politics as usual,” she said. “This is disgraceful, it is intolerable, and it doesn’t matter what party you belong to. No woman deserves to be treated this way — none of us deserves this kind of abuse.”

“I can’t believe that I’m saying that a candidate for president of the United States has bragged about sexually assaulting women,” she added.

Obama’s voice shook at points during her remarks.

“I can’t stop thinking about this,” she said. “It has shaken me to my core in a way I could not have predicted.”

Watch the full speech below.

Every minute of Michelle Obama’s 30 minute speech today is worth watching. https://t.co/ZlEX3YaU6a