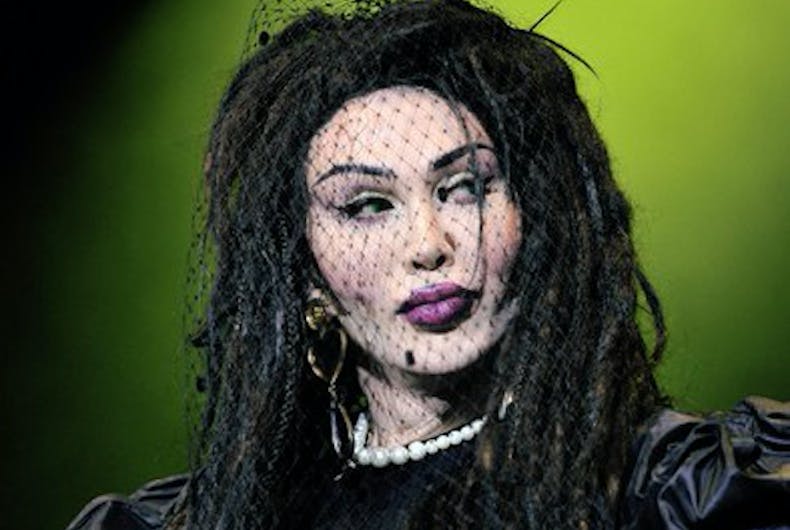 Pete Burns of Dead or AlivePhoto:

After former Dead or Alive singer Pete Burns’ family quietly told friends that the flamboyant performer had died penniless, a fellow 80’s legend is coming to the rescue. Culture Club’s frontman, Boy George, has generously offered to cover the funeral expenses to send the musical icon out in style.

“He was one of our great true eccentrics and such a big part of my life,” George said after hearing of Burns’ death of cardiac arrest last week.

Burns was married to his ex-wife, Lynne Corlett, for 25 years before the two split up. He later married Michael Simpson. The three remained friends and lived near each other in London. George is coordinating the service with both of Burns’ loved ones.

“Pete never really got his life together and was very disorganised which is why there was nothing left,” a source told the Sun. “When George got wind of this, he offered to pay for the whole thing straight away. He told Lynne not to worry and said he would take care of it. He thinks she and Michael have enough on their plates and wanted to take this concern away from them.”

“It is a very generous gesture – and typical of George. As soon as he heard there was a problem he did not hesitate to sort it out.”

“[People] always want to know – am I gay, bi, trans or what?” Burns’ wrote in his autobiography, Pete Burns, Freak Unique, My Autobiography. “I say, forget all that. There’s got to be a completely different terminology and I’m not aware if it’s been invented yet. I’m just Pete.”