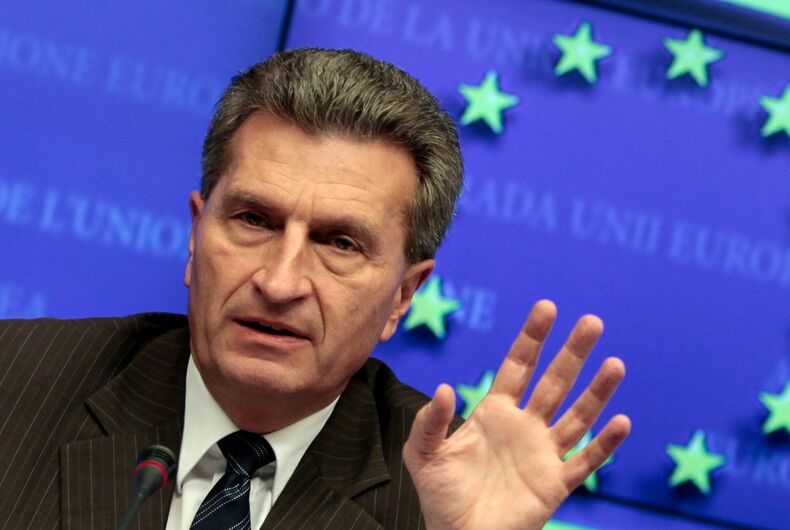 Guenther Oettinger, a member of Chancellor Angela Merkel’s conservative party, referred to “slanty eyes” in a speech that surfaced on YouTube over the weekend. He also said “the German agenda doesn’t in any way do justice to my expectations of German responsibility,” listing alongside actual initiatives “obligatory gay marriage.”

Oettinger told daily Die Welt Saturday his “somewhat casual comment” wasn’t meant to be disrespectful to China and he has nothing against gay marriage.

The minister for families, Manuela Schwesig, told daily Nordwest-Zeitung that Oettinger’s comments were “racist and homophobic.”