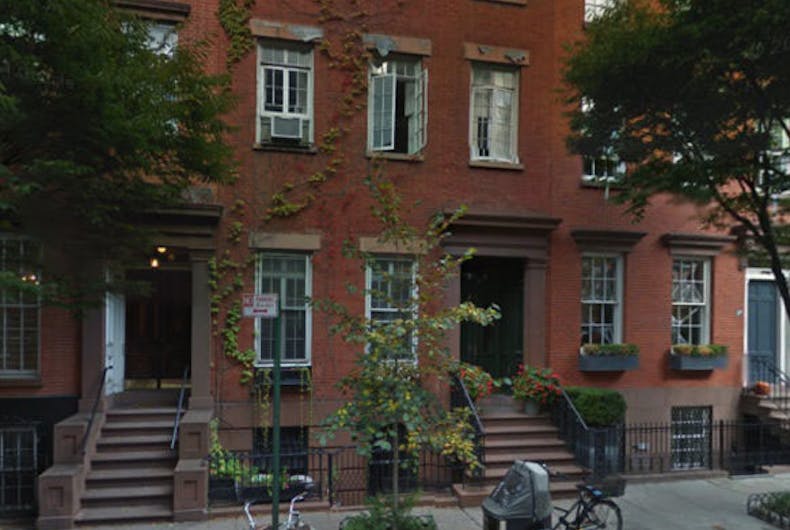 When Bill Cornwell died two years ago at the age of 88, he left a will declaring all his worldly possessions should go to his partner of five decades, Tom Daley — including a very valuable piece of Manhattan real estate that they called home.

The problem is, Cornwell only had one witness sign the will, not two, which in New York State makes it invalid, and worthless. And relatives of Cornwell are reportedly taking full advantage of that fact.

As The New York Times reported, several of his nephews and nieces have claimed the three-story, four-unit Horatio Street brownstone as their inheritance. They’ve listed it for sale north of $7 million and it’s currently under contract.

“He had 50 years to put Tom’s name on any of these papers,” Carole DeMaio told the paper. “The will was never a valid will,” she stated, suggesting the longtime lovers were in fact just “friends” or “great companions.”

Lest they be seen as totally heartless, DeMaio and the other relatives have stipulated that Daley must be allowed to remain in his one bedroom unit for $10 a month for five years, and will be given a share of the sale amounting to $250,000.

Daley rejected the offer, The Times reported, stating “there should be no question” about who is legally entitled to the property. But attorney Peter Gray, who represents the would-have-been in-laws, dismissed his claim and cruelly noted to the newspaper that it’s pointless, “given the likelihood that he has few remaining years” left. Ouch.

“Could they have all agreed to say, ‘Yeah, listen, fine: Whatever we would inherit as nieces and nephews, you can have it,’?” Gray asked, rhetorically, in an interview with the paper. “But they saw dollar signs, a couple million dollars each, and they are not going to necessarily give that up. It’s not like they are leaving him on the street.”

As The Times tells it, Daley and Cornwell were West Village artists and neighborhood fixtures, and due to Cornwell’s ill health never legalized their union when same-sex marriage became legal, even though they purchased wedding bands.

Doyle is represented by attorney Arthur Schwartz. “I thought there was an injustice,” Schwartz told the paper, “Because this was clearly the will of Bill Cornwell.” He intends to prove to the court that Cornwell and Daley were in a common law marriage, which is not recognized in New York, but was in their frequent vacation home state of Pennsylvania.

Daley said of Cornwell’s nephews and nieces. “I don’t hate them, but they are fighting over what is legally mine and Bill’s.

Jerame Davis: The best reason why you shouldn’t vote for Donald Trump