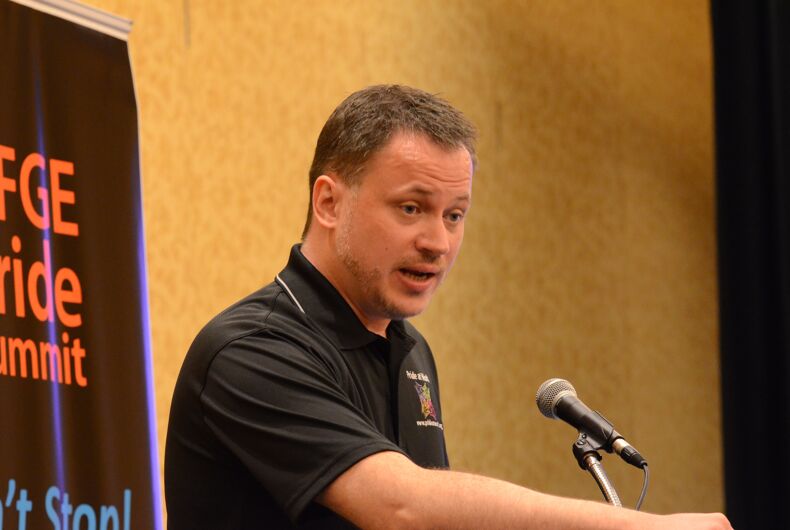 For years, the LGBTQ vote was dismissed as too small to matter, too controversial to court. But in many key states for the past three presidential elections, the total LGB population of the state has exceeded the margin of victory. (There is no data available on transgender population in these states, so I refer to LGB intentionally.) It is fair to say that without the LGB vote, the results in these states likely would have been different. That’s certainly true of President Obama’s 2012 election. If LGB people hadn’t voted over 70% for the Democrat in Ohio, Florida, and Pennsylvania, we would be discussing President Romney right now.

In 2016, the LGBTQ vote is just as critical. The battleground states are roughly the same even if Trump is making a win possible in states like Texas where Democrats wouldn’t have dreamed of competing just a year ago. As a voting bloc that could literally make the difference in this election, it’s imperative that LGBTQ people go to the polls and vote.

While Trump’s position on LGBT issues range from dismissive to damaging, our community has needs and priorities we share with the general public. Most LGBTQ people work for a living and all of us need a strong economy to provide for ourselves and our families, so Trump’s economic agenda matters immensely to LGBTQ folks. And, frankly, if this were a normal election, economic policy would be at the top of the issue list.

The tax cuts Trump proposes – mostly for the wealthy – would cut trillions out of the federal budget and make our tax system far less progressive than it is today. The only way we can pay for such a massive reduction in tax revenue would be to increase our national debt or to cut benefits and services.

We certainly won’t be making up our losses through trade under Trump. While he opposes the incredibly unpopular, Trans-Pacific Partnership (TPP), he does so for all the wrong reasons. His plan to fix it would actually tilt our greed-driven trade policy even more toward corporate CEOs and Wall Street. Possibly worse, his threats of tariffs could spark a trade war that would lead to significantly higher prices for all Americans. The TPP would, among other things, raise the price of HIV/AIDS medications and give preferential trade status to countries with laws that target LGBTQ people and women for abhorrent punishments.

Most analyses of Trump’s plan project modest job growth, at best, and many project job losses under the Trump plan. Since he also opposes raising the minimum wage, it’s likely we would also see a continuation of the stagnant wages the majority of Americans have had to endure for decades. Americans need a raise, but Trump actually believes our wages are too high. Studies have shown that LGBTQ working people are disproportionately represented in low-wage jobs and would benefit significantly from an increase in the minimum wage.

Trump’s choice of running mate, Mike Pence, is also illuminating. Pence, as governor of Indiana, enacted the largest income tax cut in the history of the Hoosier state during his administration. The effect is clear: Indiana’s recovery from the Great Recession was slower than the national average. Job growth also lagged the national average throughout Pence’s time. The Indiana median income ranks 35th in the nation.

And the icing on the cake was when Pence decided to attack LGBTQ Hoosiers with one of the nation’s worst religious exemption laws, which subjected nearly 200,000 LGBTQ Hoosiers to legal discrimination. That law caused a nationwide backlash that led to a “fix” – but not before it cost the state over $250 million in lost business. Is it any wonder that polling shows Trump and Pence may lose the Hoosier state?

Jerame Davis is the Executive Director of Pride At Work, the nation’s only organization representing LGBTQ union members and their allies. The opinions expressed are his own and not the organization’s.

This adorable couple of 50 years want you to vote! Meet Lennie and Pearl