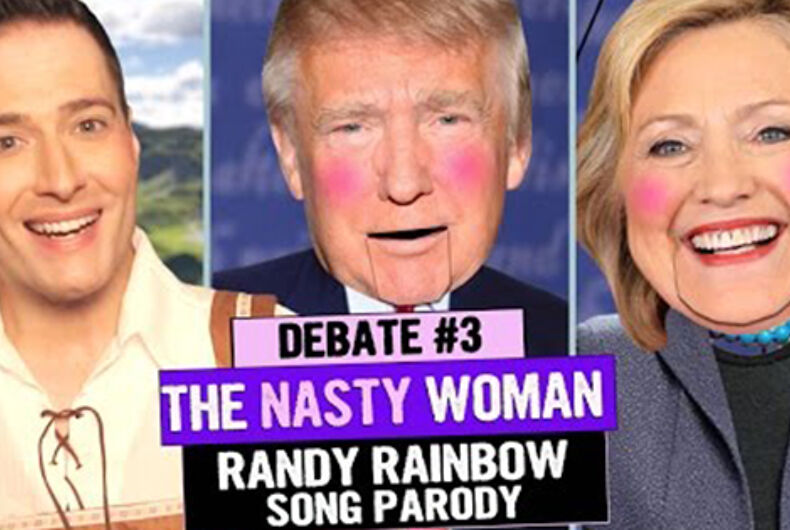 The seemingly never ending 2016 presidential campaign is finally drawing to a close, and while there will be plenty to which we can happily bid ado, we will miss the supply of new Randy Rainbow election videos.

Rainbow has been producing his best work during this campaign, which has offered plenty of fodder. That’s not to take anything away from Rainbow, however, as all the source material in the world can’t make unfunny funny (*cough* Trevor Noah).

Rainbow’s final debate coverage comes in the form of a song parody to the tune of “The Lonely Goatherd,” with Trump and Clinton playing the role of puppets. You may remember “The Lonely Goatherd” as the song from “The Sound of Music” that accompanied the marionette act. You know, the one with all the yodeling.

While sitting in as moderator Rainbow listens to Donald Trump and Hillary Clinton have their infamous “I’m not a puppet! You’re a puppet!” argument, as well as Trump’s attack of Clinton as “a nasty woman,” before launching into song, as he is wont to do.

Watch the video below, and then if this is the first you’re hearing of Rainbow, take a deep, productivity destroying dive into his past work. You’re welcome.